World and Olympic champion Pedro Pichardo added European triple jump gold to his accolades in Munich on Wednesday while Dutchwoman Femke Bol kept her bid for an audacious track double on course.

Cuban-born Pichardo, who has competed for Portugal since 2019, dominated the field with a best of 17.50 metres, Italy's Andrea Dallavalle claiming silver with 17.04m and France's Jean-Marc Pontvianne bronze (16.94).

"I am really happy with this gold medal, it looks easy, but it is not. This is the result of a lot of hard work," said Pichardo.

"This was a good title to win, and one I was looking forward to achieve, so I am very pleased with it.

"17.50 isn't great, I'm not too happy about it because I was aiming for much better than that. But overall, I couldn't be happier with a gold medal."

Bol, 22, was also in dominant shape in the women's 400m, winning in 49.44 seconds ahead of Polish pair Natalia Kaczmarek and Anna Kielbasinska.

A world silver medallist and Olympic bronze medallist in the 400m hurdles, Bol now re-focuses on that race.

But there is no respite for the Dutch runner, with her 400m hurdles semi-final scheduled for 1011 GMT on Thursday and the final a day later at 2000.

She then faces a quick turnaround for the 4x400m relay at 1945 GMT on Saturday for a realistic tilt at triple gold. 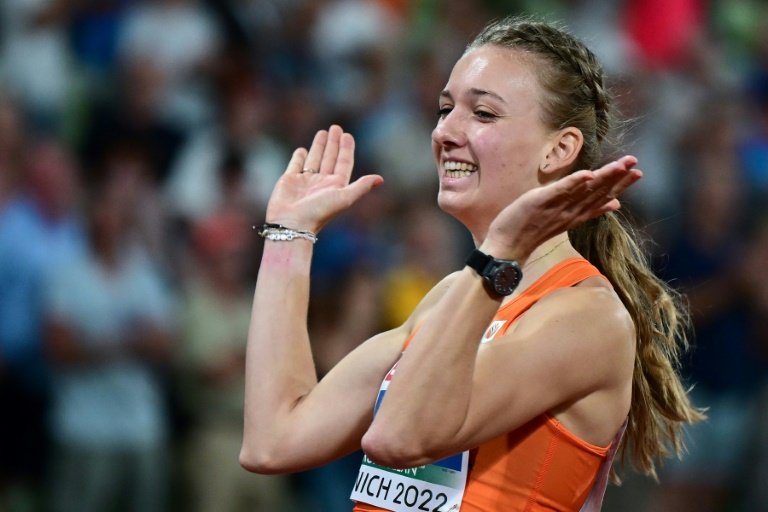 "This race was harder than the 400m hurdles," said Bol. "After the race I realised that it wasn't so close a race.

"I felt very confident, as well as very strong. This is my first gold medal at an outdoor championships," she said, before adding: "I know I won't sleep a lot tonight so tomorrow's 400m hurdles is going to be tough."

In a good night for one-lap favourites, world bronze medallist Matthew Hudson-Smith of Britain retained his title in the men's 400m in 44.53sec.

Switzerland's Ricky Petrucciani claimed silver in 45.03sec, with another Briton, Alex Haydock-Wilson, rounding out the podium (45.17).

But there was not such good news for two other defending champions, France's Pascal Martinot-Lagarde and Greece's Aikaterina Stefanidi. 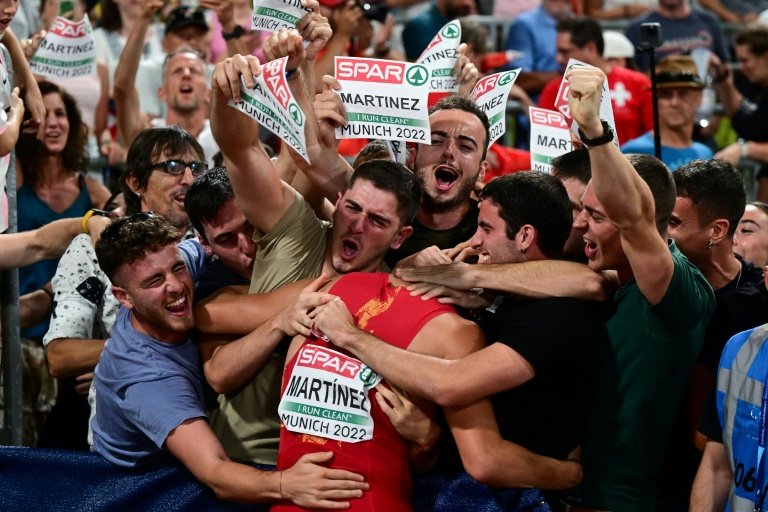 Martinot-Lagarde was denied gold by the slimmest of margins in the 110m hurdles as Spain's Asier Martinez was handed victory in a photo-finish by just a thousandth of a second, in 13.14sec.

Stefanidi, meanwhile, was denied a hat-trick of European pole vault titles by Finland's Wilma Murto, who hit a rich vein of confidence to match the championship record of 4.85m.

The women's hammer throw was won by Romania's Bianca Ghelber in the absence of four-time champion Anita Wlodarczyk of Poland.

The Polish world record holder has won gold at the last three Olympics as well as four world titles, but had to sit out Munich and the Eugene worlds after being injured while chasing a man who had tried to steal her car.

Reigning champion Nafi Thiam of Belgium was in pole position after the first day of competition in the heptathlon.

Thursday sees the heptathletes competing in the long jump, javelin and 800m.