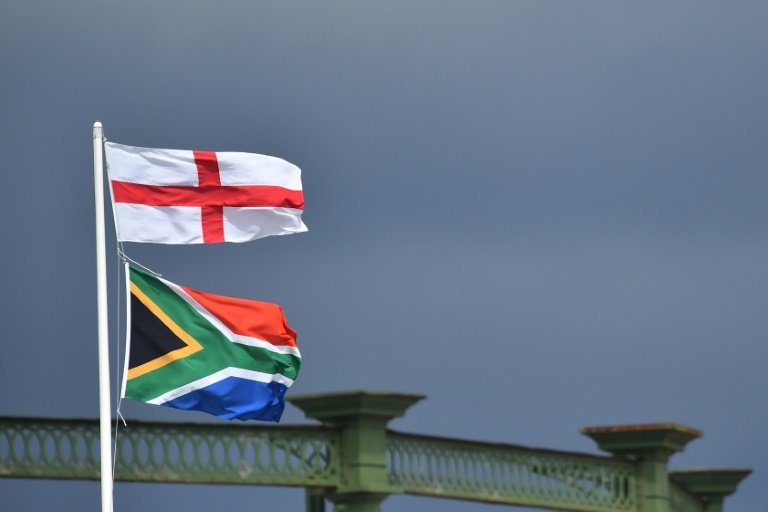 England play South Africa in the first Test of a three-match series at Lord's from Wednesday, pitting their wits against the Proteas after a stunning start to life under new captain Ben Stokes.

The hosts have won all four Tests so far on home soil this season but the visitors have an impressive recent record, including a series win against India.

AFP Sport looks back at three headline-grabbing incidents in a rivalry stretching back to 1889.

Test matches were not always limited to today's standard maximum of five days -- sometimes they were played to a finish, however long it took.

But the last "timeless" Test took place between South Africa and England in Durban in 1939. The match was eventually declared a draw after nine days' play spread across 12 days in all.

The game ended in a stalemate because the England team had to leave to catch the boat home.

England's fourth innings total of 654-5 remains a record for a first-class match and the "timeless" Test is the longest ever played.

Basil D'Oliveira, classified as a "Cape Coloured", was unable to play cricket in his native South Africa due to the system of apartheid in the country.

The batsman instead came to Britain and eventually forced his way into the England side.

Despite his superb 158 against Australia at the Oval in the final Test of the 1968 Ashes, D'Oliveira was dramatically omitted from the England squad for the subsequent tour of South Africa, sparking a huge furore.

Yet when Tom Cartwright, a bowler, withdrew from the squad through injury, he was replaced by D'Oliveira, a batting all-rounder.

John Vorster, South Africa's then prime minister, responded to D'Oliveira's inclusion by threatening to refuse him entry into the country, saying: "The MCC (England) team is not the team of the MCC but of the anti-apartheid movement."

The MCC called off the tour because of attempts to influence the selection of the squad, sparking South Africa's isolation from international cricket that lasted for more than two decades.

South Africa had an unassailable 2-0 lead heading into the fifth and final Test in Centurion in January 2000 and a draw seemed inevitable after rain had washed out three days' play.

But home skipper Hansie Cronje contrived a positive result by persuading England counterpart Nasser Hussain to agree that both sides should forfeit an innings.

England were left with a target of 249 for victory after Cronje declared, and eventually won by two wickets.

Traditionalists criticised the contrived nature of the result, yet few were prepared for the size of the scandal that was to follow.

An AFP report, later confirmed by New Delhi police, said the force had phone recordings of Cronje and an Indian bookmaker discussing predetermined Proteas' performances during a tour of India in February and March 2000.

Cronje later confessed to several allegations at the South African government-appointed King Commission, including attempts to bribe team-mates Herschelle Gibbs and Henry Williams to underperform in a one-day international against India.

He also admitted to receiving thousands of dollars from bookmakers and gamblers.

Cronje, who insisted he had never thrown a game, was later given a life ban from cricket. He died aged just 32 in a 2002 plane crash.