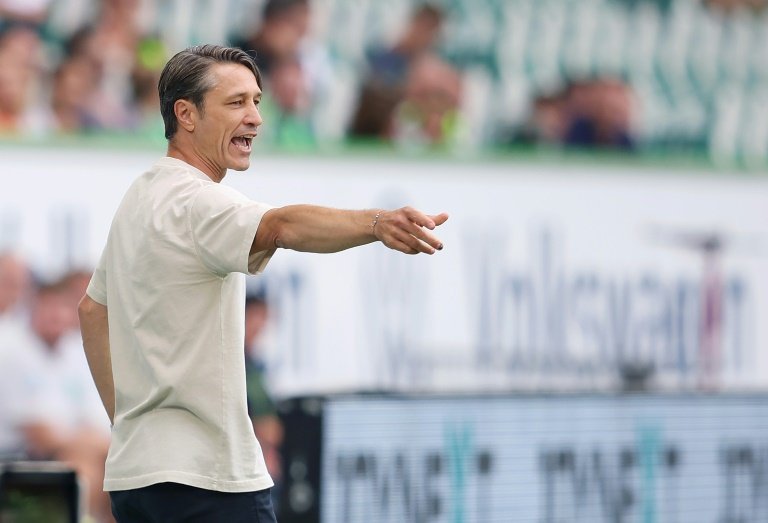 Pointing the way: Niko Kovac guided Wolfsburg to a 2-2 draw with Bremen in his first Bundesliga game in charge and now leads them to Munich / © AFP

When new Wolfsburg coach Niko Kovac makes his return to the Allianz Arena to take on Bayern this Sunday, he is unlikely to receive the warm welcome former double winners would usually be afforded.

Kovac coached Bayern to a Bundesliga and German Cup double in 2018-19, but was forced out of the club midway through 2019-20 with his side fourth after a 5-1 loss to Eintracht Frankfurt.

Now coached by Julian Nagelsmann, Bayern romped to a 6-1 opening day win over Frankfurt and again look among the best teams in Europe.

Wolfsburg opened their season with a 2-2 home draw against promoted Werder Bremen.

Kovac's road back to the Allianz has been rockier, although he has at times demonstrated the quality that attracted Bayern in the first place.

In an 18-month spell in Ligue 1, he took Monaco from relegation candidates to a chance at winning the title on the final matchday of the 2020-21 season, beating Paris Saint-German twice along the way.

Although he was sacked early in the following season after a disappointing exit from the Champions League qualifying rounds, every member of Monaco's young side improved under Kovac, something Wolves fans will hope he emulates in Lower Saxony.

Kovac said on Thursday his side "will have our chances (against Bayern), although there certainly won't be too many".

He encouraged his team to keep focused even if they fall behind against the 31-time German champions.

"If you fall apart against Bayern, it will be hefty. But we have ideas to withstand the Bayern pressing" he told Germany's SID.

With 11 goals in two competitive games since Robert Lewandowski's departure Bayern are far from enduring a goal drought.

Speaking about his side's potency without the Polish striker so far in 2022-23, Nagelsmann told Bild "it's been interesting for us to see how we can do it without Lewandowski."

"The successes with Lewandowski are in the past, this team is the future." 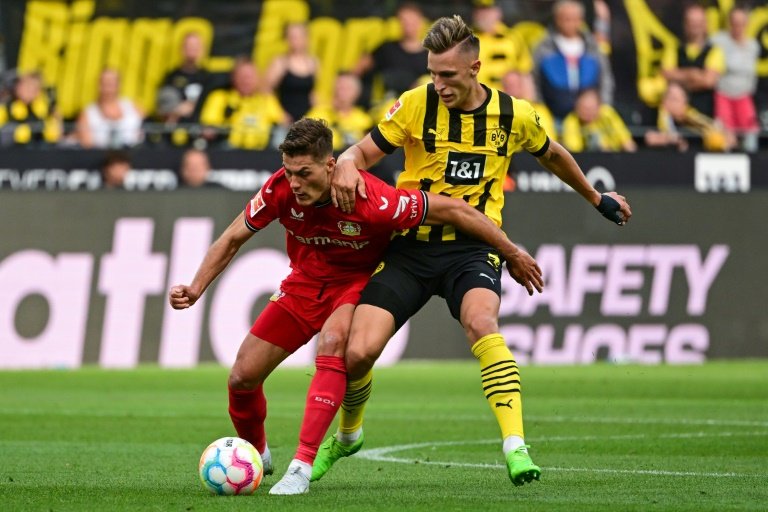 New Borussia Dortmund defender Nico Schlotterbeck, 22, returns to former club Freiburg on Friday, where he made 56 appearances and was named man of the match in their 2-1 home win over Dortmund last season.

Dortmund's leaky defence has held them back in recent years – they conceded more goals than any other team in the top eight of the Bundesliga last year despite finishing second – but they've kept two clean sheets in two games with Schlotterbeck.

Schlotterbeck has also demonstrated the toughness Dortmund has lacked, playing on in his side's 1-0 win over Leverkusen on Saturday despite dislocating his shoulder.

In a midweek appearance on German TV, he endeared himself to Dortmund fans by throwing some shade at derby rivals Schalke. With presenters discussing the weekend's 'top game' between Borussia Moenchengladbach and Schalke, he asked "they have top games at Schalke?"

Zero from 25 – Wolfsburg have played 25 times at Bayern and have lost 23 times, with two draws. No Bundesliga team has played so many away games against one opponent without managing to win at least once.

60 percent – Werder Bremen forwards Niclas Fuellkrug and Marvin Ducksch scored 39 of their side's 65 goals in the Bundesliga 2 in 2021-22, assisting each other on ten occasions. Fuellkrug already has one goal and Ducksch one assist from one game in 2022-23.

90 goals in 156 appearances – That's Timo Werner's goalscoring record at Leipzig (he's also contributed 40 assists), making him their all-time top scorer. Werner returned from Chelsea on a permanent deal this week and is on track to play against Cologne on Saturday.

Fixtures (all times 1330 GMT unless stated)