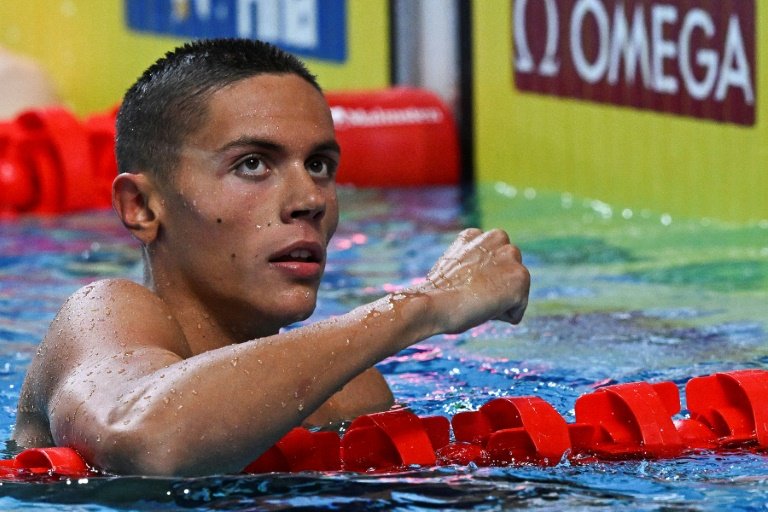 At just 17 years old, Romanian swimmer David Popovici has emerged as the new star of the pool.

After bringing back two world titles from Budapest in June, the Romanian teenager continues his crazy summer in Rome from Thursday at the European Swimming Championships.

In the Hungarian capital, Popovici became the first man to complete the 100-200m freestyle double at the World Championships in nearly 50 years, albeit in the absence in the 100m of the Tokyo Olympic top two: American Caeleb Dressel and Australian Kyle Chalmers.

"I'm glad we got to write a small page in swimming history," said Popovici, before adding: "Some would say a huge page, but we like to keep it low key."

In Rome, he will again line up with the seniors in the 100, 200 and 400m, a change from his usual 50-100-200 programme, before concluding his busy summer with the Junior Worlds in early September in Lima.

Asked about the secret of his success after his 200m world title, Popovici replied with a smile: "Simply my fiery passion for swimming and hard work. It's basic but if you combine hard work with passion, then the stars will at one point align for you."

Born in Romania in 2004 -- the year Michael Phelps made his Olympic debut -- Popovici started swimming at the age of four, encouraged by a doctor to correct a back problem caused by curvature of the spine.

"I broke the first national record at age 10," he told FINA.

"Since then, I have become addicted to the feeling that the highest place on the podium gives you."

The revelation of the European Junior Championships a year ago in Rome, he confirmed his potential a few weeks later at the Tokyo Olympics.

In Japan, at only 16, he narrowly missed bronze in the 200m freestyle final before taking seventh in the 100m final.

Popovici has established himself as a major figure in world swimming ahead of the 2024 Paris Olympics.

"What we're witnessing is somebody that is going to change the way we think about sprinting," former Australian swimmer turned coach Brett Hawke said last year of Popovici who he dubbed a "freak of nature".

"I like to think that I'm an ordinary guy capable of doing extraordinary things," said Popovici.

"But I don't think I'm special or better than anyone at all. I'm a human. I just swim fast."

Impressed by his Olympic performances, several universities tried to lure him to the United States to train.

But unlike another prodigy, Frenchman Leon Marchand, who left to train in Arizona, Popovici preferred to stay in Romania alongside his lifelong coach, Adrian Radulescu. 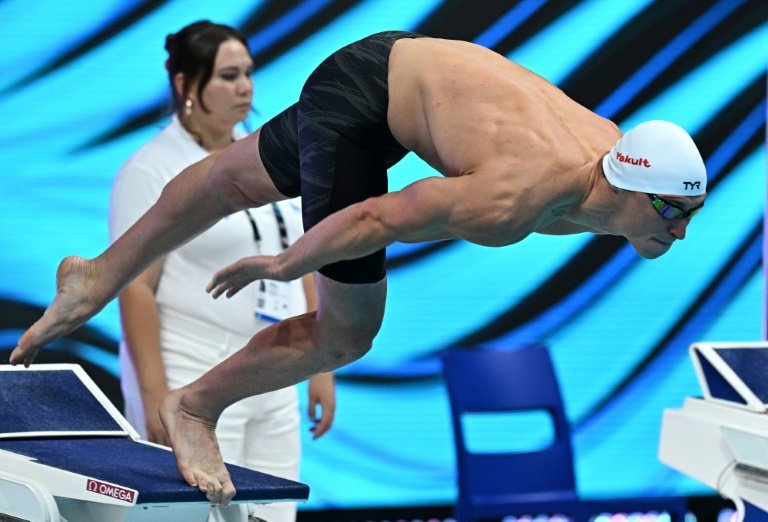 "I was honoured, but after reflection, I came to the conclusion that I am fine here," explained the swimmer from Bucharest who speaks perfect English thanks to his education in a bilingual school.

"I will continue in Romania because I want to stay with my coach and our chemistry is just way too important to compromise."