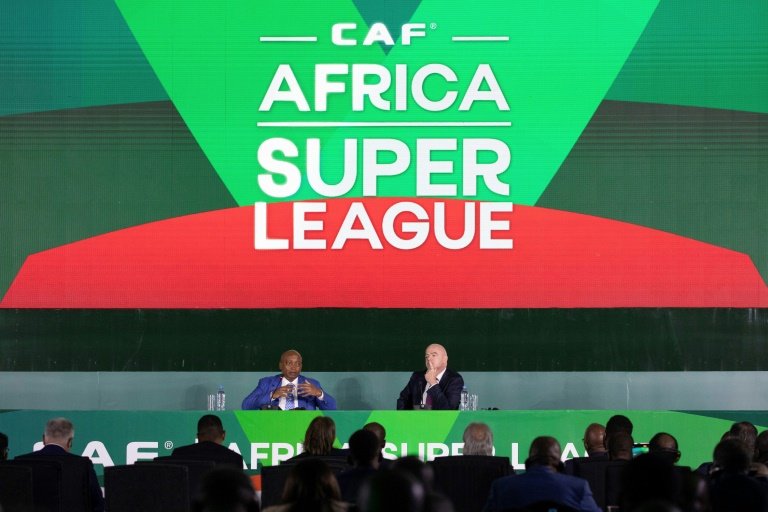 The Confederation of African Football (CAF) on Wednesday launched a new lucrative $100 million Super League aimed at injecting financial muscle to the cash-strapped clubs on the continent.

Twenty-four clubs, yet to be decided, will take part in the first edition, which has the backing of world governing body FIFA and will be played between August 2023 and May 2024.

CAF president Patrice Motsepe, who announced the new competition, did not say if it would replace CAF's existing Champions League and the second-tier Confederation Cup.

"The African Super League is a very important initiative. One of the major problems in Africa is finance," said Motsepe at the launch held in the northern Tanzania town of Arusha.

"The Africa Super League is one of the most exciting developments in the history of African football and the objective in terms of what we are trying to achieve is very clear, to make sure African club football is world class and competes with the best in the world.

"Our intention is to use the $100 million as prize money and to do that every year in the African Super League, so that the club which wins gets $11.5 million," he added.

Hamdi Meddeb, the chairman of four-time Champions League winners Esperance Tunis, claimed before the launch that sides would be better not to play in the current top-tier competition due to costs.

"Africa is a huge continent and sometimes we have to charter flights at a cost of more than $100,000 each," Meddeb said.

"When we won the Champions League (in 2018 and 2019), more than half the prize money was spent on bonuses and allowances for the squad and the technical staff. Those are contractual obligations."

Motsepe said CAF will use some of the 50 million dollars from the Super League to make football attractive and ensure the best players remain in Africa and improve the quality of the sport on the continent which has lagged behind other parts of the world.

"Each of the 24 clubs that will take part in the initial tournament will receive an annual contribution of three-and-half million dollars to buy players, pay for transport and player transfers," Motsepe said.

Motsepe appealed to African governments to help with the construction of CAF-approved stadiums to ensure every club play their football in their own countries.

Not everyone is excited about the Super League with Cape Town City FC owner John Comitis calling it a "super silly idea".

"The Super League will kill African club football," he warned.

"You can switch off the lights on the domestic leagues."