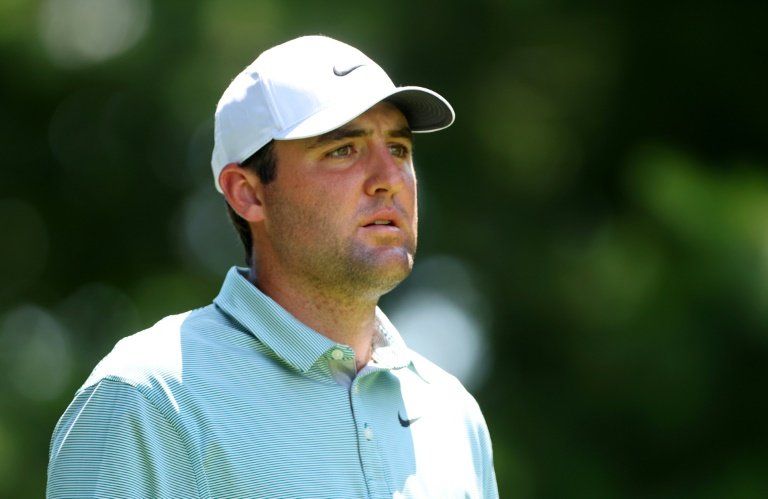 World number one Scottie Scheffler says he's frustrated at a trio of players from the Saudi-backed LIV Golf Series suing for berths in the US PGA's FedEx Cup playoffs.

Reigning Masters champion Scheffler spoke Tuesday at Memphis ahead of Thursday's start of the St. Jude Championship, the first of three playoff tournaments.

Australian Matt Jones and Americans Talor Gooch and Hudson Swafford seek a restraining order from a federal judge in California to force their way into the event at TPC Southwind despite being on indefinite suspension for leaving the PGA to play in rival LIV Golf events.

A hearing was set for later Tuesday.

"Those guys kind of made their decision to go join another tour and they broke the rules and regulations of our tour and now they're trying to sue us, which is definitely a bit frustrating," Scheffler said.

"I definitely am surprised to see some guys now suing us. If they win, come out here and play, that's something that's up to the courts, I can't control what's going to happen in a court case. Definitely interested but at the end of the day it has no effect on my preparation for the week."

LIV Golf attracted many top names, including Dustin Johnson and Bryson DeChambeau, with guaranteed money and record purses of $25 million at events.

Jones, Gooch and Swafford were among 11 LIV Golf players who filed an anti-trust lawsuit against the PGA for banning them over playing in LIV Golf events, arguing they are independent contractors while the PGA sees them as members who can be punished for violating organization rules.

The court fight might take years to solve but the fight for this year's PGA playoff crown will be decided by the end of the month after next week's BMW Championship and the Tour Championship in two weeks at Atlanta.

"It's kind of part of it now," said Scheffler. "Guys are going to leave. There's another tour going on and now they're suing us, so there's a lot going on."

A report in Australia said British Open champion Cameron Smith and Aussie compatriot Marc Leishman were set to leave the PGA for LIV Golf after the playoffs.

"My dream was never to maximum myself my financial benefits. The PGA Tour is where I want to play and it continues to be the place where the best golfers in the world play."

Scheffler said the LIV-PGA dispute remains the talk of the locker room.

"It's being discussed a decent amount just because it's a life-altering decision for people," he said. "When you do go join another tour and you break the rules that we have out on our tour, yeah, I understand we're independent contractors, but at the same time there's certain rules that you have to follow as being a member of an organization.

"We'll see what happens. All that stuff will shake out in due time. It definitely is a topic of discussion around who's going and stuff like that. I think there may be only a handful more guys that will leave. Outside of that who knows."