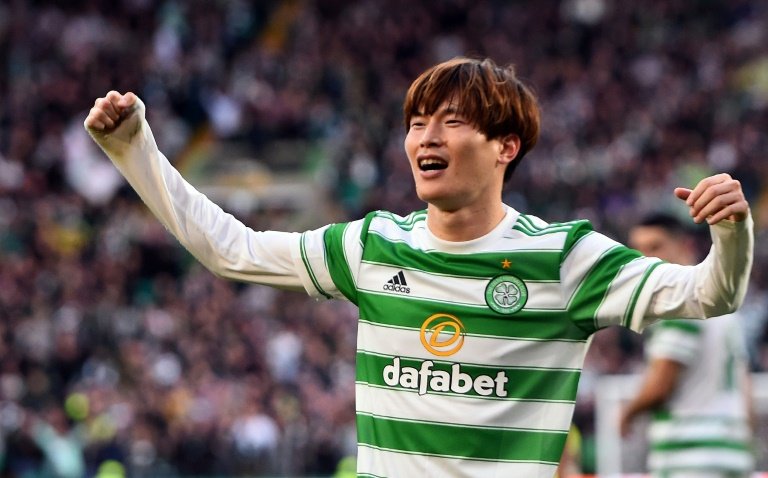 Celtic needed two goals in the final six minutes to beat Ross County 3-1 at Dingwall on Saturday, as Rangers striker Alfredo Morelos scored on his comeback from injury in a 2-0 win over Kilmarnock.

The Scottish champions looked to be heading to their first dropped points of the season when Ross County defender Alex Iacovitti cancelled out Kyogo Furuhashi's opener early in the second half.

However, Moritz Jenz marked his Celtic debut with a towering header before Liel Abada's classy finish sealed the victory in stoppage time.

"It's a difficult place to come but the players were outstanding at controlling the game and minimising their threats," said Celtic manager Ange Postecoglou.

"We obviously got challenged in the second-half when they scored but our response to that was excellent and we fully deserved the victory."

Rangers remain alongside Celtic at the top of the table with two wins from two games as they bounced back from European disappointment in midweek.

Giovanni van Bronckhorst's men need to overturn a 2-0 deficit against Union Saint-Gilloise in the second leg of their third round Champions League qualifier on Tuesday.

Morelos could be key to turning that tie around as the Colombian came off the bench to net in his first appearance since March.

Morelos made his introduction 25 minutes from time and marked his return by killing the game off late on.

"When you keep pushing, keep pushing, eventually the space will come in the second-half," said Van Bronckhorst. "It's very important for the strikers, for their confidence, to score."

Elsewhere, a new-look Aberdeen kickstarted their season with a 4-1 win over 10-man St Mirren with new signings Bojan Miovski, Leighton Clarkson and Luis Lopes on target.

St Johnstone also got their first points of the season with a 2-1 win at Motherwell thanks to Stevie May's 94th minute winner.