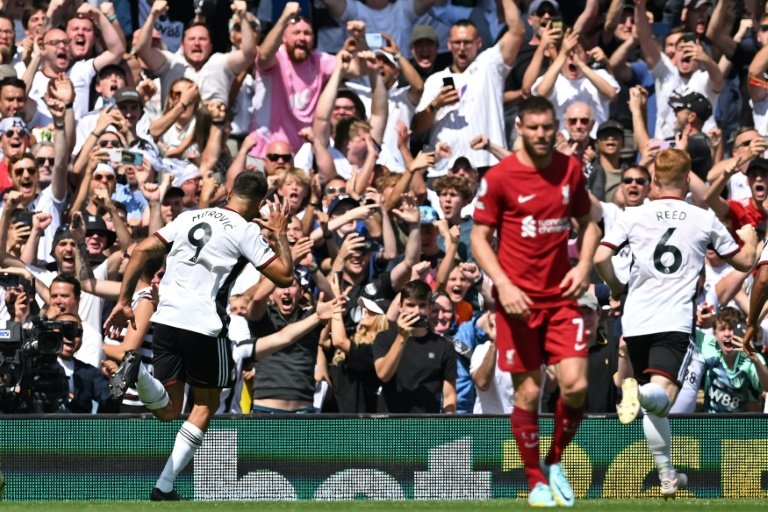 Liverpool's Premier League title challenge got off to a sluggish start as the Reds were held 2-2 at newly-promoted Fulham, while Tottenham delivered on their pre-season hype by thrashing Southampton 4-1 on Saturday.

Chelsea also got off to a winning start as Jorginho's penalty earned a 1-0 win at Everton.

Jurgen Klopp admitted the best part of Liverpool's day was the result as the Champions League finalists twice had to come from behind at Craven Cottage.

Aleksandar Mitrovic maintained his stunning form from last season in the Championship as the Serb outmuscled Trent Alexander-Arnold to head Fulham into a deserved half-time lead.

The introduction of Darwin Nunez in the second half brought Liverpool to life and the Uruguayan flicked home his first Premier League goal since a 75-million-euro ($77 million) move from Benfica to level.

Mitrovic restored Fulham's lead from the penalty spot after he was tripped by Virgil van Dijk inside the area.

But Mohamed Salah ensured Liverpool at least did not start the season with a defeat by slotting into an empty net from Nunez's pass.

"We started actually exactly the opposite way that we wanted," said Klopp.

"We are used to more dominance and we never could get that because we just played not good enough, not quick enough, not precise enough." 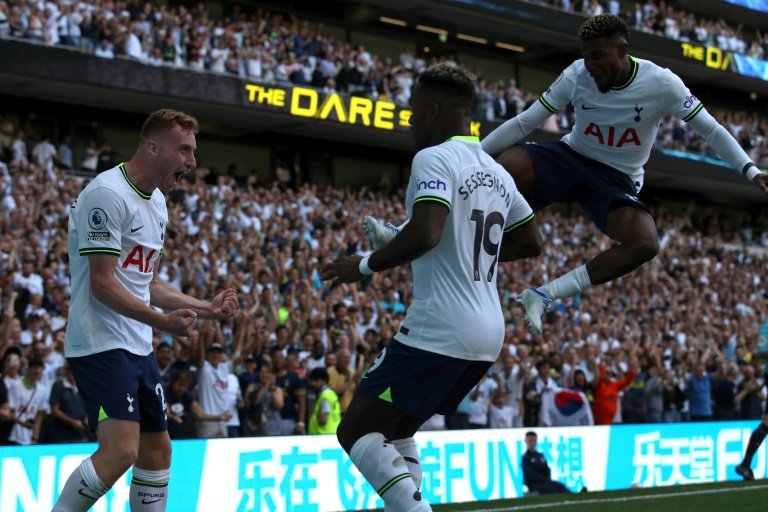 By contrast, Tottenham had a dream start to the campaign to raise hopes they could compete for a first league title in 61 years.

Spurs also fell behind to James Ward-Prowse's strike from the edge of the box after just 12 minutes, but the response from Antonio Conte's men was emphatic.

The goals to turn the game around before half-time came from unlikely sources as Ryan Sessegnon and Eric Dier headed home.

Mohammed Salisu then passed the ball into his own net for a comical own goal on the hour mark.

Dejan Kulusevski rounded off the scoring with a cool and precise finish into the far corner to take Spurs above Arsenal at the top of the table.

"We have to be pleased, because this showed the way is right, but, at the same time, we have only just started," said Tottenham boss Antonio Conte, who has been backed with six new signings.

"Now we have to continue. We have to know that with the work we can improve and become stronger than last season."

Chelsea were less impressive at Goodison Park but did enough to get off to a winning start against an Everton side blunted by the absence of the injured Dominic Calvert-Lewin.

Unlike in the Euro 2020 final shootout, Jorginho got the better of Jordan Pickford from the penalty spot in the ninth minute of added time at the end of the first-half due to an injury to Ben Godfrey. 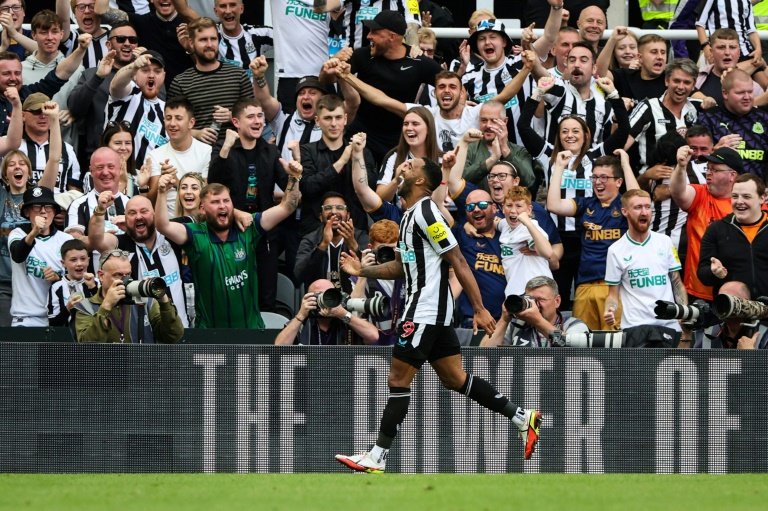 Newcastle may not have delivered the big-name signings many expected in the transfer market, but the Magpies did the business on the pitch to spoil Nottingham Forest's return to the English top flight with a 2-0 win.

Forest have even outspent Newcastle in the window on 12 new signings so far, but were given a lesson in the step up in quality to the Premier League at St James' Park.

Bournemouth were also 2-0 winners over Aston Villa, dispelling their pre-season gloom after a lack of transfer activity.

Jefferson Lerma got the Cherries off to a great start after just three minutes and Kieffer Moore added a second 10 minutes from time.

Leeds shrugged off the loss of Kalvin Phillips and Raphinha over the summer as they beat Wolves 2-1 at Elland Road.

Daniel Podence had fired Wolves into an early lead, but Jesse Marsch's men fought back impressively.

Rodrigo blasted in from a narrow angle to level before Rayan Ait-Nouri's own goal decided the game 16 minutes from time.