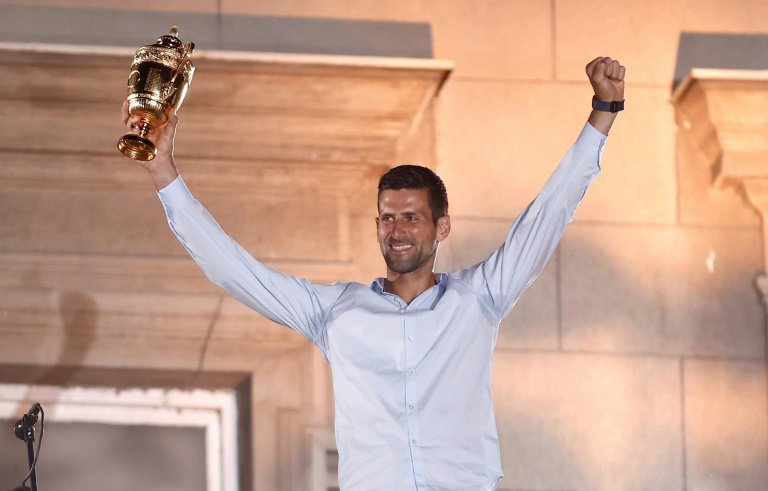 Recently-crowned Wimbledon champion Novak Djokovic on Wednesday inaugurated tennis courts at a 'pyramid park' in Bosnia that he regularly visits to recharge his batteries.

The tennis star, known for his new-age spiritual interests, is fond of the hill town of Visoko, where thousands flock every year to what some believe are an ancient man-made pyramid complex with healing powers -- a claim rejected by scientists.

The 35-year-old Serb, who claimed his 21st Grand Slam title on Sunday, visited the site for the first time in 2020 and called it a "paradise on earth".

He has returned to the "Bosnian Pyramid of the Sun" complex at least four times, either alone or with his family, always to be warmly welcomed by the unusual site's founder Semir Osmanagic.

According to Osmanagic, a Bosnian businessman and a self-styled archaeologist, the idea of building a "regional training centre" with two courts was born during Djokovic's last visit in March.

"This is a special day for Visoko, for Bosnia, for the whole region, for tennis, for sport", Djokovic said after arriving at the new courts.

"The message of this day is peace, sport, future and health", he added while several hundred fans seated near a dense forest welcomed him with a big applause.

Looking very relaxed, Djokovic staged an unusual show, making the audience laugh by pretending to argue with the referees or trying to "bribe" them.

Ancient civilisation afficionado Osmanagic has claimed for the past 20 years that he has discovered not one, but several pyramids built by a mysterious civilization near Visoko.

For the past few years his teams have been also clearing underground tunnels near the "Pyramid of the Sun" and he boasts of its beneficial effects on the health of visitors.

On arrival, Djokovic visited the new courts and went for a walk into a pine forest, which is a part of the park, with his host.

Djokovic has meditated at the site and during each visit walked kilometres of "energy" tunnels, which are, according to archaeologists, an ancient gold mine. 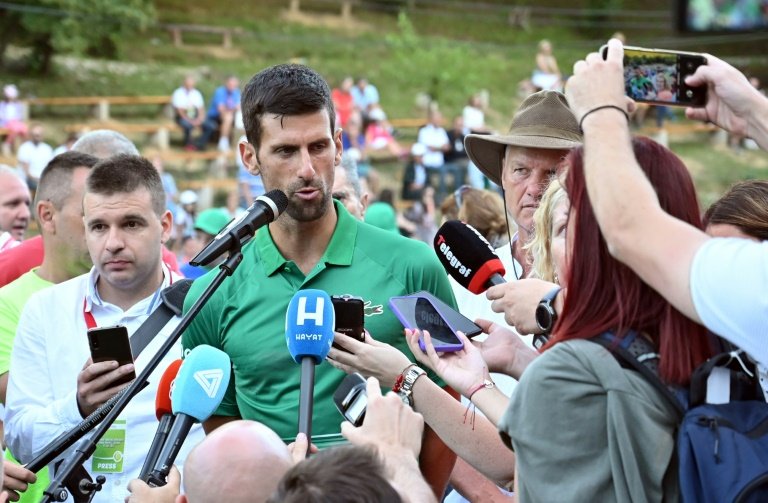 "Here, we simply feel the energy, each in its own way. For me, this is one of the most energetically powerful places on the planet, of which I have seen many," Djokovic told reporters after the exibition matches.

"I simply feel that every moment spent here fills me with energy and gives me strength for future challenges in tennis and in life," he added.

Ever since Djokovic became a regular, the number of visitors from all over former Yugoslavia has multiplied.

Both Djokovic and his unusual host do not miss the opportunity to underline values of peace, sharply contrasting the constant combative and nationalist narrative pushed by political leaders of the region devastated in the 1990s wars.

And Djokovic's faith in Visoko has given the locals a reciprocal faith in him.

"This man who is so rich that he can spend a vacation on Mars comes here," a souvenir seller near the entrance to the tunnels told AFP.

"He chose Visoko which nobody knew. That is proof enough that there is something there. He cannot be bought."