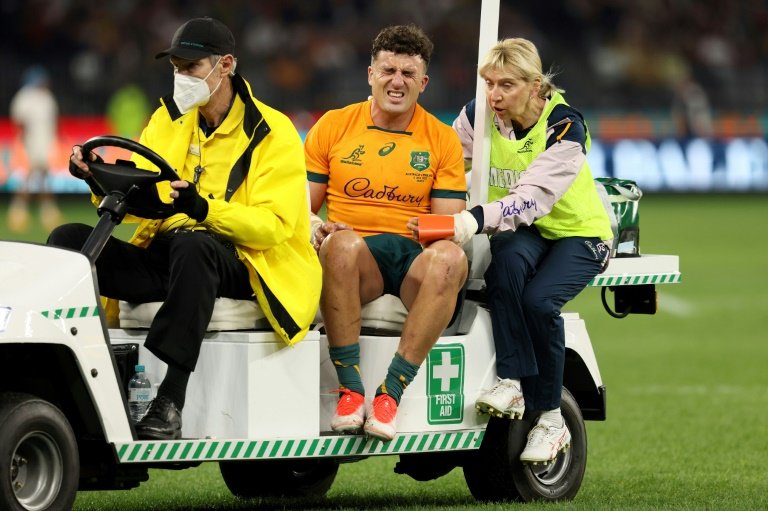 Coach Dave Rennie believes his gutsy Australia side can use their stirring first Test victory over England on Saturday as a springboard to a new era of success for the Wallabies.

Rennie's side lost fly-half Quade Cooper to injury before kickoff, then were reduced to 14 players but still managed to end an eight-match losing streak against their old enemy in style with a thrilling 30-28 win in Perth.

Full back Tom Banks departed with a broken arm and tighthead prop Allan Alaalatoa followed him to the treatment room during a brutal opening 25 minutes.

Lock Darcy Swain received a red card in the 34th minute but the Wallabies defied the odds to score three tries in a blistering 12-minute second-half spell after being 14-9 behind.

Rennie hoped the against-the-odds triumph would spur the Wallabies, who made a raft of changes heading into the contest, to secure a series victory at Brisbane next weekend.

It was important, Rennie said, to build confidence as the Wallabies prepare for the Rugby Championship later this year and the 2023 World Cup in France. 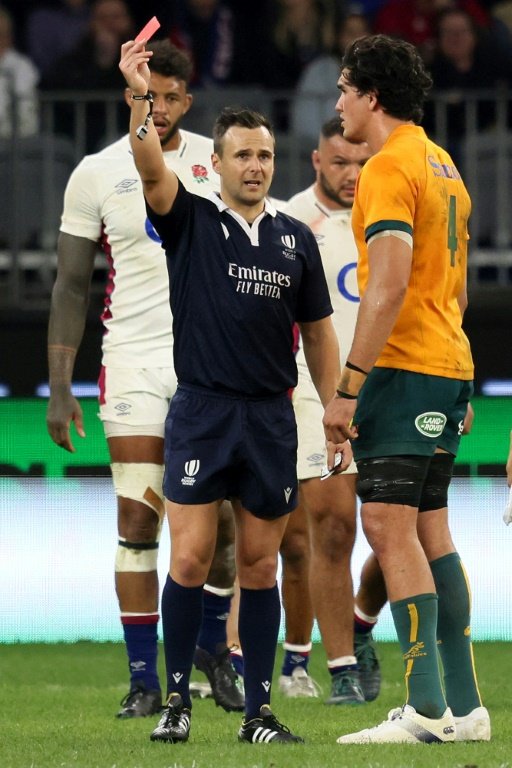 "There's been a lot of talk about building and developing and we want to raise the expectations of the Australian public," Rennie told reporters.

"We are really rapt with the attitude and character we showed.

"We've had two weeks to prepare for this and we'll grow our game over the next few months."

Rennie confirmed Banks had broken his arm after landing awkwardly, while an challenge against the red card given for Swain's headbutt on Jonny Hill was being considered.

"I'm not sure his intent was to headbutt him," he said of the sending off.

"But we'll get clarity around whether we think there's an opportunity to challenge."

It was the fourth defeat in a row for England and first for Australian Jones against his former team.

"I think when you play against 14 men, the referee has a significant impact on the game," Jones said.

"We've got to be good enough to be able to handle and understand that.

"We paid the price."