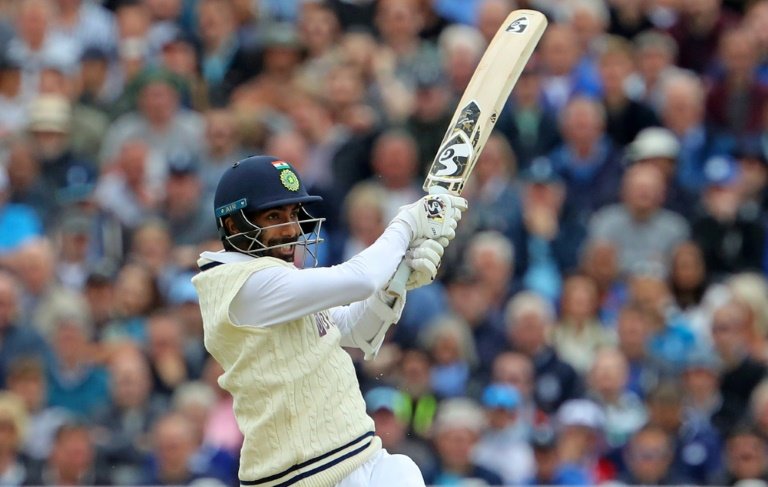 India stand-in captain Jasprit Bumrah starred with both bat and ball as England's Stuart Broad conceded the most expensive over in Test history, giving up 35 runs at Edgbaston on Saturday.

India were all out for a breathtaking 416 in their first innings of the Covid-delayed fifth Test, with the tourists 2-1 up in a five-match series.

Bumrah, who hit Broad for 29 runs in an over that also featured five wides and a no-ball he struck for six, then led from the front in his primary role of strike bowler.

He took the first three wickets to fall amid several rain breaks during an excellent return of 3-35 in 11 overs, with England slumping to 84-5 at stumps -- a deficit of 332 runs.

But the Yorkshire duo were separated when Root, the world's top-ranked Test batsman, was caught behind for 31 trying to cut a Mohammad Siraj delivery that was too close to him.

At 78-4, for all their aggressive play under a new leadership duo of captain Ben Stokes and coach Brendon McCullum in a 3-0 whitewash of Test world champions New Zealand, England now sent in Jack Leach as a nightwatchman.

Leach, however, was out for a five-ball duck when caught behind off Mohammad Shami, with Bairstow 12 not out and skipper Stokes unbeaten on nought at stumps.

Broad had become just the sixth bowler to take 550 Test wickets when he lost his composure by repeatedly bowling too short at Bumrah, deputising as captain for the Covid-hit Rohit Sharma.

But the tailender, who had responded to a similar England bouncer barrage by smashing an unbeaten 34 during India's 151-run win in the second Test at Lord's last year, was anything but intimidated. 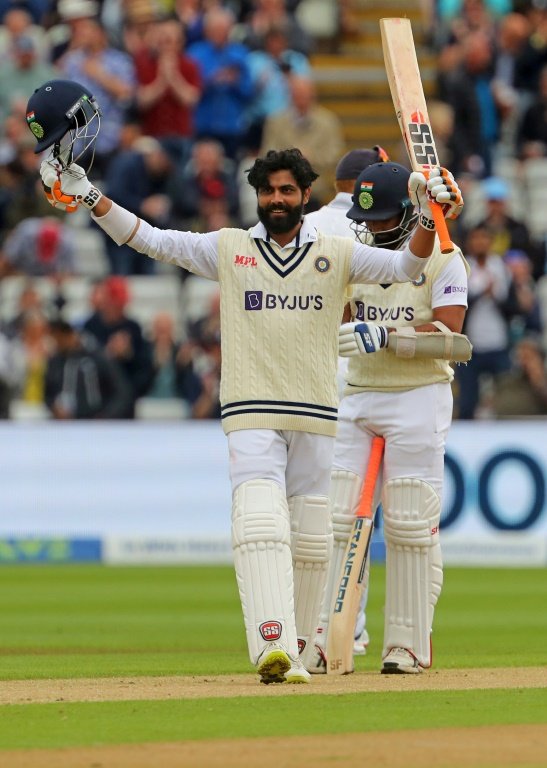 Bumrah batting at No. 10 and facing the new ball, dismantled Broad's figures during eight remarkable deliveries. The six legitimate balls were thrashed for 23 runs, including four fours and a six.

Broad, 36, also sent down a wide that sailed over the head of wicketkeeper Sam Billings for four and a no-ball Bumrah top-edged for six.

The previous record of 28 runs in a Test over had been achieved on three occasions in the format's 145-year history, with Broad's team-mates James Anderson and Root two of the bowlers on the receiving end.

Broad did not get a chance to make amends with the ball, although he did end the innings by catching last man Siraj.

Stokes set the tone for what followed with a ragged opening spell as Ravindra Jadeja, resuming on 83 not out, completed the third century of his 60-Test career and first overseas.

Jadeja had been the junior partner in a stand of 222 with Rishabh Pant, who hit a rapid 146, that rescued India from the depths of 98-5 after they had been sent into bat.

Matthew Potts could have had Jadeja out for 92 but a thick edge off the shoulder of the bat split slips Zak Crawley and Root before heading to the boundary.

But one ball after his reprieve, he commandingly cut Potts for four to complete a 183-ball century including 13 boundaries.

Broad then achieved his landmark wicket when Leach caught Shami.

Anderson bowled Jadeja for 104 and then ended the innings when Siraj holed out to finish with 5-60 in 21.5 overs.

Bumrah followed his 31 not out by bowling opener Alex Lees between bat and pad for six, with fellow opener Crawley's poor run of form continuing when he nicked the captain to third slip on nine. 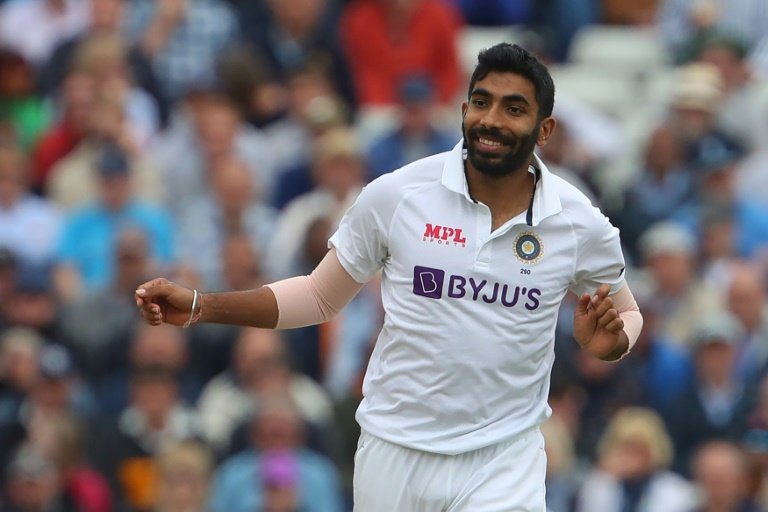 Bumrah completed his removal of England's top three when Ollie Pope exited for 10 when an edged drive was caught in the slips by Shreyas Iyer at the second attempt.

This decider should have been played in Manchester last September only to be postponed just hours before the start because of coronavirus concerns within the India camp.