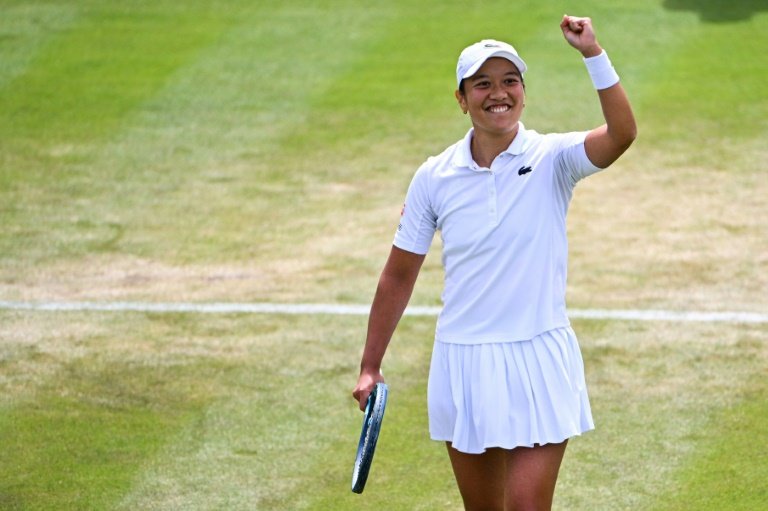 Harmony Tan, who knocked Serena Williams out of Wimbledon, demolished British wild card Katie Boulter 6-1, 6-1 on Saturday in just 51 minutes to reach the fourth round.

The 24-year-old French player broke Boulter five times in a dominant display to disappoint the crowd on Court Two.

Tan was in charge from the start, racing into a 3-0 lead, and she never relinquished her grip, showing impressive consistency to grind down her opponent.

"I don't believe it yet -- if I sleep a little bit, tomorrow maybe I will believe it, but it's amazing," said Tan, ranked 115th in the world.

"I think I like grass. I never play on this court but I like to play with slice and volley and everything with my game so I'm really happy.

"It was really emotional for the first round against Serena and after it was just playing match by match and today was really good tennis. I don't know why but it depends on the day."

Boulter, who beat 2021 finalist Karolina Pliskova in the previous round, won just over half of her points on first serve and only 20 percent of second-serve points.

Tan, who has now won three Tour-level matches in a row for the first time in her career, will next play either 11th-seeded Coco Gauff or Amanda Anisimova, the 20th seed.