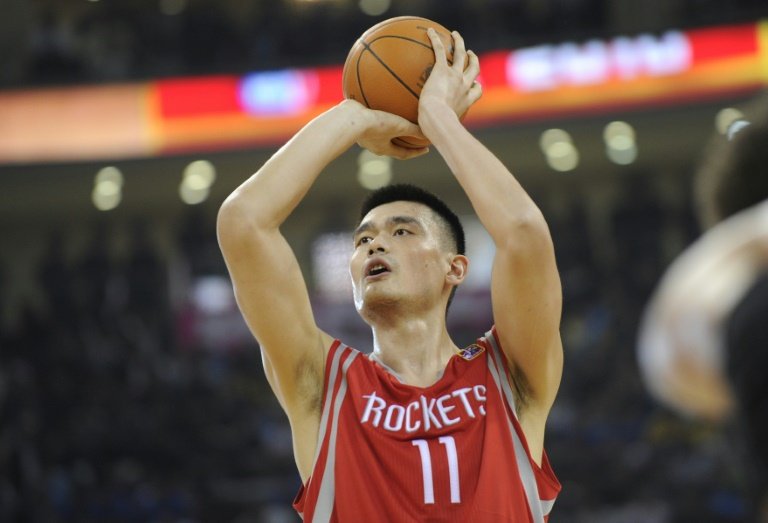 Basketball Hall of Famer, business magnate, cultural ambassador -- no Chinese athlete carries a richer legacy than Yao Ming, whose towering 7ft 6in frame (2.29 metre) stormed into the NBA 20 years ago.

The centre was drafted by the Houston Rockets on June 26, 2002, kickstarting a glittering career that won him a succession of personal accolades and transformed the Shanghai-born Yao into a household name in both China and the United States.

A languid but deceptively agile player, Yao's gentle personality and wry humour off the court cemented him as a fan favourite and boosted the NBA's popularity in his home nation.

Since his emergence, no Chinese player has come close to matching his achievements, and the prospect appears even less likely as the league has become mired in simmering tensions between Beijing and Washington.

In 2002, Yao was a face of an increasingly confident and open China, one whose economic rise was being matched by global sporting prowess.

"He brought the NBA into China, but he also took China into the NBA," said fan Gao Dabao, 30, outside a basketball court in Beijing.

"It was the time when the NBA had its biggest influence on China, and we all used to watch it on TV," he added.

The son of two former basketball pros, Yao cut his teeth with Shanghai Sharks before joining the Rockets as their first pick in the 2002 NBA draft.

He averaged 19 points and nine rebounds per game over nearly a decade with the Texas-based team who were dubbed the "Ming Dynasty".

Yao played in eight All-Star Games and made the All-NBA Teams on five occasions, but injuries forced him to retire in 2011 at the age of 30.

"Yao Ming is the only Chinese player to have become a real NBA star," said Chinese basketball writer Wang Meng.

"He grew into one of the best players in that Rockets team, which is something no other Chinese player has managed to do," he told AFP.

Yao was inducted into the Basketball Hall of Fame in 2016 alongside Shaquille O'Neal and Allen Iverson.

Yao now serves as chairman of the Chinese Basketball Association.

Despite his riches, he keeps a relatively low profile, dabbling in winemaking, conservation and charity work.

For Chinese fans, Yao's international stardom encapsulated the optimism of an emerging nation with global ambitions.

Simon Chadwick, director of the Centre for the Eurasian Sport Industry at Emlyon Business School, said Yao was "a statement signing, someone who represented a changing world, rather than (just) a star player". 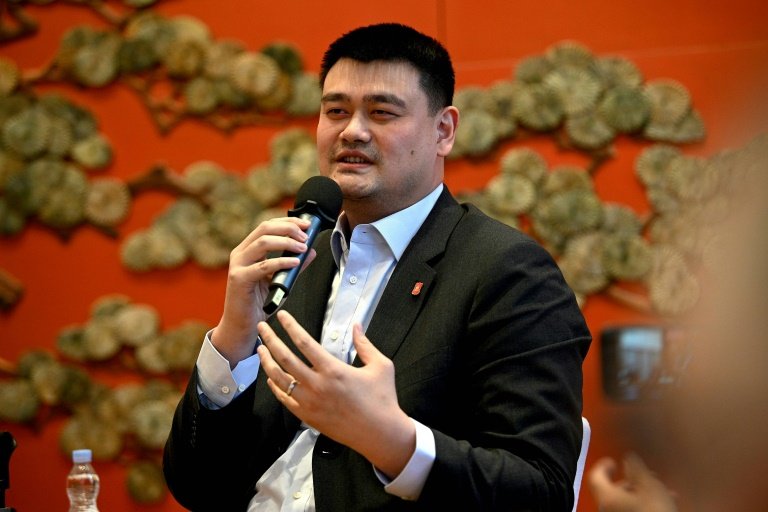 Since then, however, "the power dynamic between the two countries has changed," he said.

Relations between Beijing and Washington have soured in recent years over trade, human rights and other issues.

Only a handful of games have been shown on television in China since then and the league's fortunes have taken a beating in its biggest overseas market.

Five other Chinese athletes have played in the NBA, but none have had the same impact as Yao.

Most recently, compatriot Zhou Qi turned out for the Rockets but was released from his contract in 2018.

Chinese basketball is "at a low ebb", he told AFP. "We need to bring through a new generation of athletes."

"Asian players tend to have different physiques compared with those from North America and Europe ... and we lack the talent pool of the US," he said.

Fans and experts told AFP they thought it unlikely that another Chinese player could win hearts and minds on both sides of the Pacific.

"The (China-US) relationship isn't as ... friendly as before," said basketball fan Eric Zhang, 15.

"I think it's possible Chinese players can play in the NBA, but I don't think they can achieve the heights Yao Ming once reached," he said.

Today's players must navigate the "dangerous" ideological middle ground between China and the US, Chadwick said.

Western sports organisations in China are "potentially (exposed) to political interference from Beijing and/or accusations of being complicit in issues such as human rights abuses," he said.

"Yao in the mid-2000s was an entirely different proposition to what the Yao of 2022 would be."