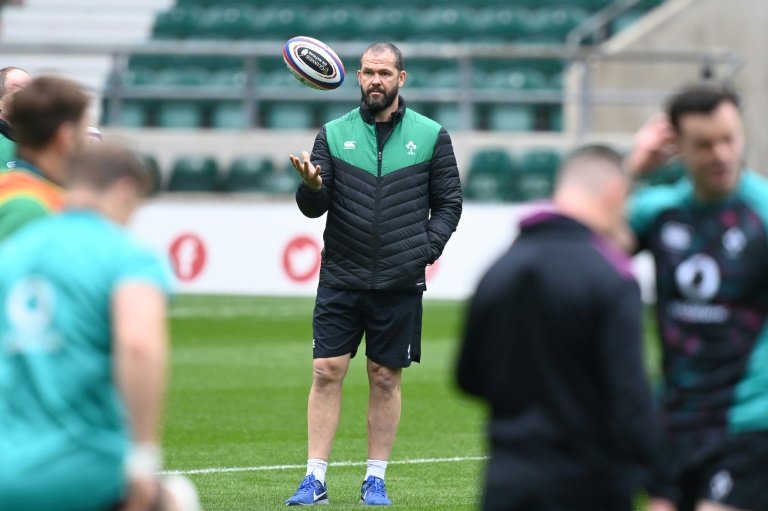 New Zealand's attempts to rattle Ireland before the first Test may backfire, with the tourists' coach Andy Farrell saying his side have been made stronger by "backhanded compliments".

"A year out from the World Cup we want to find out more about ourselves and it's the perfect place to be," Farrell said, responding to his team's reception in New Zealand that has included an advertising campaign taunting his side.

"A Test match against the All Blacks doesn't get more challenging, but at the same time it's where we want to be," Farrell added.

Ireland have been targeted by an advertising campaign run by the New Zealand betting agency TAB, which has highlighted how they have never beaten the All Blacks in New Zealand.

One advertisement says "0 wins in NZ" and another: "Think the flight was long? Try a 28-year unbeaten streak at Eden Park".

A third said "4 Kiwis in the team. That might help your odds a little," referring to Ireland's four New Zealand-born players Jamison Gibson-Park, Bundee Aki, Joey Carbery and James Lowe.

Farrell said that All Blacks fans had also been quick to pile in with their opinions when the Ireland players were out and about, but he said the reception just made his players stronger.

"The challenges are there to make us better, to make us stronger," said Farrell on Saturday.

"Walk through the streets of Auckland, there's always a backhanded compliment which is great. We expect that."

Ireland have brought 40 players to New Zealand, with Farrell stressing everyone will get a run either in the Tests or in the two matches against the New Zealand Maori.

"We are certainly open-minded enough to see how people perform in those big games, those two Maori games, and leave places up for grabs in the Test spot," he said.

"We embrace this tour together. We're certainly not two sides, we're one team trying to do the best we can together."

Ireland last toured New Zealand in 2012 when they lost all three Tests, including a narrow 22-19 defeat when sunk by an 80th-minute Dan Carter drop goal followed by a 60-0 thumping a week later.

They have since beaten the All Blacks three times, most recently seven months ago when they won 29-20 in Dublin.

The first match, against the New Zealand Maori, is in Hamilton on Wednesday, with the first Test in Auckland on Saturday.

Farrell replaced New Zealander Joe Schmidt as Ireland's coach after the 2019 World Cup -- when Ireland were knocked out in the quarter-finals by the All Blacks -- with Schmidt to become an All Blacks selector in August.