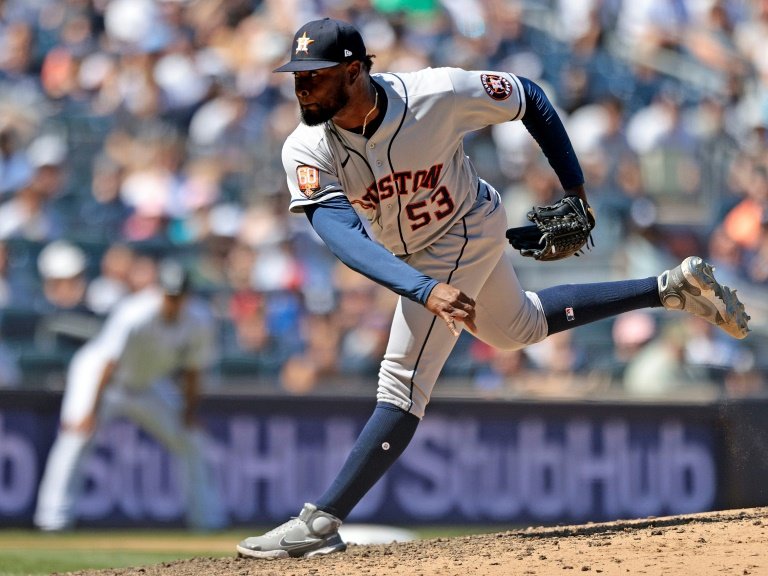 Cristian Javier tossed seven scoreless innings to set up a combined no-hitter as the Houston Astros shut out the New York Yankees with a 3-0 victory in the Bronx on Saturday.

Javier, 25, struck out 13 from 115 pitches before being removed in the seventh inning at Yankee Stadium.

Hector Neris and Ryan Pressly then finished the job to complete the first no-hitter against the Yankees in 19 years.

The feat was made even more remarkable by the fact that the Yankees have arguably the most formidable batting line-up in Major League Baseball. They have the best record in the major leagues this year and are the only team with more than 50 wins.

Javier's starring role was even more galling for the Yankees given that New York had their top ace Gerrit Cole on the mound.

Cole joined the Yankees in 2020 after leaving Houston as a free agent in a blockbuster nine-year $324 million deal. Javier was signed by Houston for $10,000 as an undrafted free agent from the Dominican Republic in 2015.

"I feel really happy, really proud right now for this moment that God has given me," Javier said through an interpreter after the game.

"Everybody talks about velocity all the time, but the velocity without command and control is no good," Baker said.

Pressly, who secured the final out, took satisfaction from the fact the win came at Yankee Stadium.

"A no-hitter is pretty special either way, anywhere you do it," Pressly said.

"The fact that it was here in Yankee Stadium, that's a really good lineup over there. It's special, but I think if you throw a no-hitter, in general, it's going to be special."