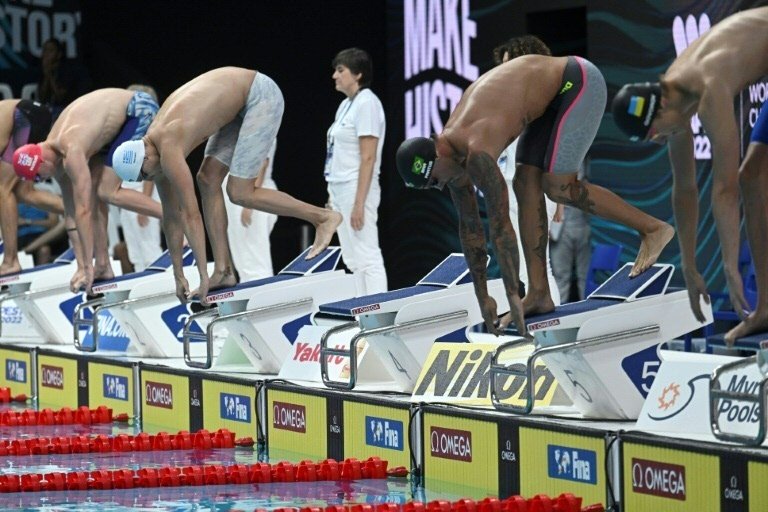 Caeleb Dressel's name appeared twice on Thursday morning on the giant scoreboards at Duna Arena in Budapest, more than 15 hours after Team USA announced the star was quitting the Swimming World Championships.

While Dressel's name was still on the start lists, his lanes were empty when the swimmers dived in for the last heats of the men's 100m butterfly and, later, the 50m freestyle.

Dressel, the reigning Olympic and world champion in both events, withdrew "for medical reasons", Lindsay Mintenko, the Swimming Managing Director for the USA team, told media on Wednesday evening.

The other American medal machine, Katie Ledecky is also almost done in Budapest.

In the last race the pervious evening, the women's 200m freestyle relay, Ledecky was part of the winning US team to collect her 21st world championship medal, a record for a woman. It was her 18th gold.

On Thursday, she was back in the water for qualifying in her last event, the 800m freestyle. She took the lead after 100m and steadily increased it to beat German Lani Pallister by 7.15sec.

With Dressel not in the pool, Kristof Milak cruised through to the semi-finals of the 100m fly.

Milak was second to Dressel in the 100m butterfly in the last worlds and Olympics.

The Hungarian, who broke the world record in the 200m butterfly earlier in the week to the noisy joy of his home crowd, was the fastest of the 16 qualifiers in 50.68sec.

Canadian Joshua Liendo, a bronze medallist in the 100m freestyle the night before, was 0.29sec slower with Noe Ponti of Switzerland third.

Kyle Chalmers, whose decision to swim the event at the world championships caused a stir in Australia, swam a tight, slow heat, to finish 2.02sec slower than Milak and fail to qualify.

Chalmers has 12 Olympic and world medals, including a relay gold already in Budapest, but all of them are in freestyle or medley.

He had announced he was skipping these championships before edging pop star Cody Simpson in the 100m fly at the Australian trials. 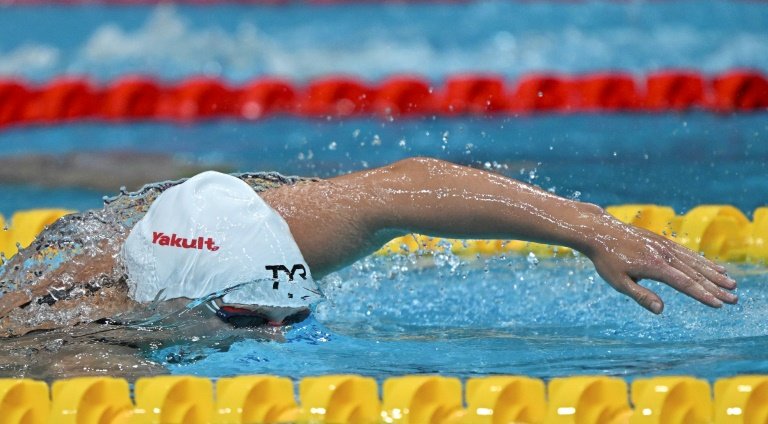 Simpson is dating Australia's most medalled swimmer Emma McKeon. Chalmers has been romantically linked with McKeon in the past.

When Chalmers performed a tumble turn and said he would go to Budapest and swim one individual event, the 100m butterfly, he took Simpson's spot on the team.

Chalmers responded to suggestions that he was motivated by romantic jealousy by posting on social media that butterfly had simply rekindled his love of swimming.

"I was not swimming and had no intentions of swimming this season if ever again," he wrote. "Getting back in the pool, changing the stimulation and swimming some butterfly, which I grew up doing, helped me find that passion again!"

The deadline for changing entry lists has long passed, so the US team could not replace Dressel in his individual events, even though Trenton Julian, who was third in US trials in butterfly, and Brooks Curry, third in 50m freestyle trials, are with the team.

In the 50m, 32-year-old Brazilian Bruno Fratus, another swimmer who has been trailing in Dressel's wake in recent years, topped qualifying, 0.01sec aread of Liendo with American Michael Andrew third.

Fratus was Dressel's silver medallist in the last two world championships, and took bronze as the American won in last year's Olympics.

The Tokyo runner-up, Frenchman Florent Manaudou, squeaked into the last 16 with the 14th fastest time.

Trenton did race on Thursday, as part of the US quartet that finished well clear in qualifying for the men's 200m freestyle relay.

Brazil were next, more than two-and-a-half seconds slower. Hungary, with Milak swimming the anchor leg, were third.