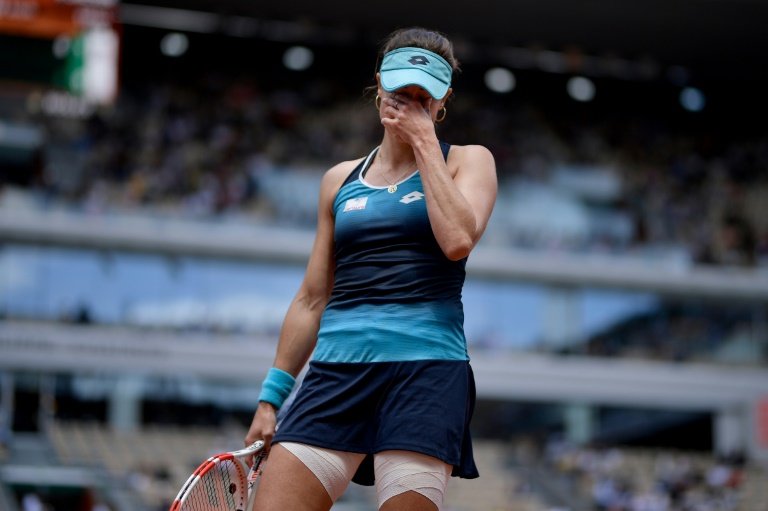 Alize Cornet hit out at a "handful of idiots" as she was booed after a thigh injury forced her to retire Saturday in her French Open third round clash against China's Zheng Qinwen.

Cornet, playing at her 61st consecutive Grand Slam, called it quits while trailing her 19-year-opponent 6-0, 3-0 on Court Philippe Chatrier.

"What is amazing that people had the cheek to boo me on the court when I had to abandon the match. And it was because I was in pain," said Cornet, whose left thigh was heavily strapped.

"But sometimes the French audience surprises me and not always in a good way."

Cornet had spoken about how the crowd "carried" her in a second-round win over 2017 Roland Garros champion Jelena Ostapenko.

The Latvian felt the full impact of 15,000 fans, covering her ears with her hands to block out the cacophony.

Two days later, and it was Cornet this time who was on the receiving end.

"It hurt more than my injury itself," she said.

"It's unfair and when things are unfair it hurts. But once again most of the people are no doubt sad for me and understand what's happening, but this handful of idiots really, really, really makes you feel bad."

Cornet revealed she had injured herself late in the third set against Ostapenko on Thursday.

"We did a scan that showed a tear, a major tear, a pretty good one, so I knew it would be hard for me to play today. But I decided to go on court anyway and try.

"I always try my luck right to the end, but maybe I shouldn't have played and not taken the risk of making things worse."