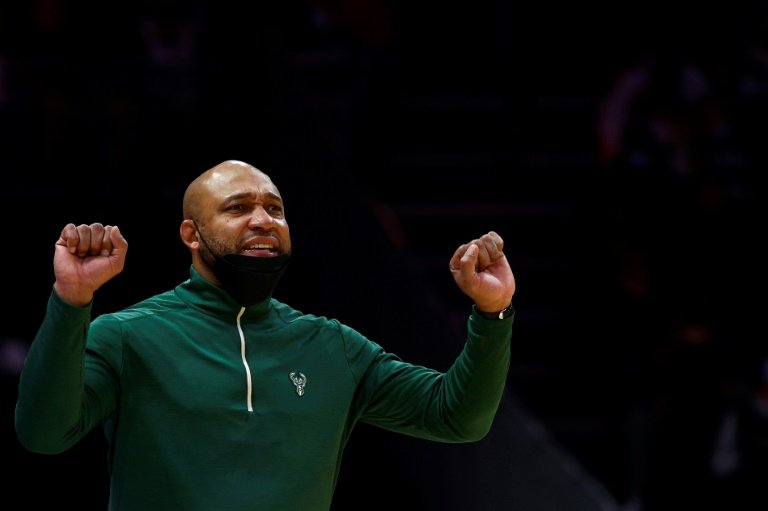 Darvin Ham, an assistant coach for the Milwaukee Bucks, has reportedly been hired to be the next head coach of the NBA's Los Angeles Lakers / © GETTY IMAGES NORTH AMERICA/AFP

Darvin Ham, a long-time assistant coach for the reigning NBA champion Milwaukee Bucks, has been hired as coach of the Los Angeles Lakers, according to multiple reports on Friday.

ESPN reported the Lakers have hired Ham while The Athletic said the team was signing a four-year deal with Ham, who would be getting his first NBA head coaching post.

The Lakers fired Frank Vogel last month after going 33-49 and missing the playoffs.

Vogel, who guided the Lakers to the 2020 NBA title, went 127-98 in three seasons with the club, which struggled last season after injuries to Anthony Davis and LeBron James.

The Lakers are in need of a roster revamp to compete in a difficult Western Conference despite winning a crown only two years ago, the fourth career title for James.

Tasked to guide the Lakers back into title contention was Ham, a 48-year-old American who won an NBA title as a forward with Detroit in 2004 and an assistant coach last year with the Bucks.

Ham was an assistant coach for the Lakers from 2011-2013, then spent the next five seasons as an assistant for the Atlanta Hawks before following coach Mike Budenholzer to the Bucks' staff in 2018.