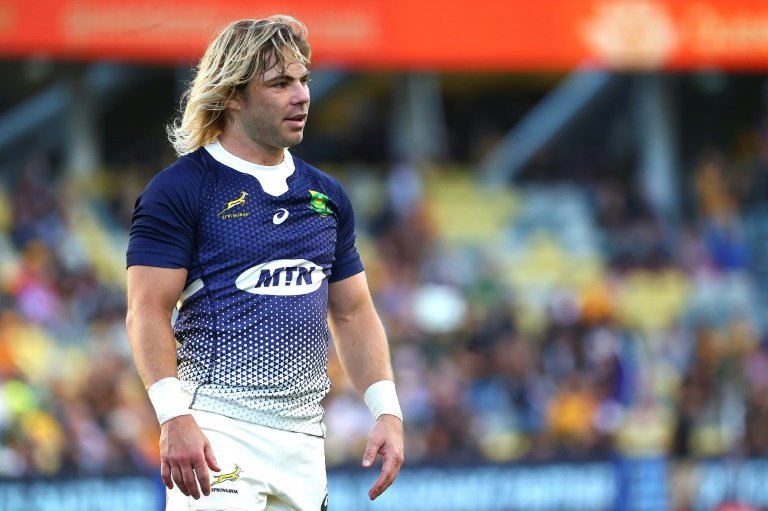 Sale may be losing two South Africa World Cup-winners in Faf de Klerk and Lood de Jager at the end of the season but director of rugby Alex Sanderson believes the departure of the Springbok stars could benefit English rugby union in the long run.

From the 2022/23 season, clubs in the top-flight Premiership will only count one wage outside the reduced £5 million ($6.5 million, six million euros) salary cap.

The intention of cutting the cost of operating a squad is to help clubs cope better with the harm done to their finances by the coronavirus pandemic.

"You lose the experience, the talent and potentially a bit of X-factor with the marquee player, but you gain opportunity for good young English players," Sanderson told reporters on Tuesday.

"The pathway opens up to lads who could have been blocked before. The aim is to make the game a viable, self-supporting business as opposed to a folly of rich philanthropists, which it has been."

He added: "The long-term benefits of saving the game and giving the opportunity to young English players definitely outweighs the short-term benefits of having some 'galacticos' on the field."

De Klerk's international career had stalled until his stellar form at Sale propelled him back into South Africa selection and the 30-year-old has been the Springboks' first-choice scrum-half ever since, while experienced lock de Jager, 29, joined the northwest side after the 2019 World Cup.