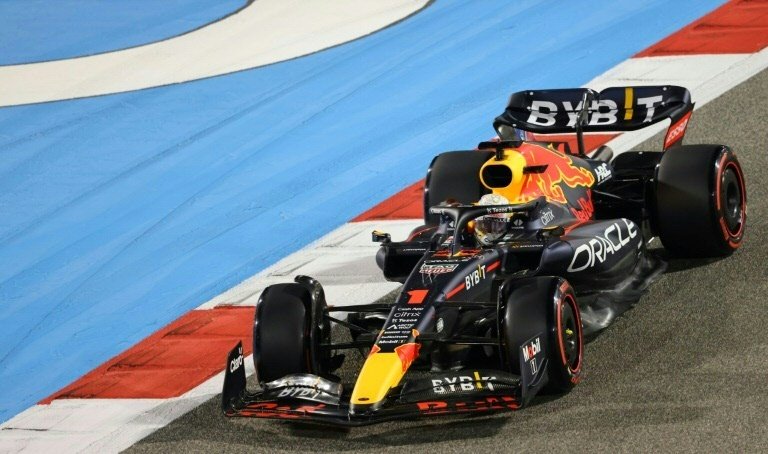 Max Verstappen enjoyed an imperious opening day's practice for the season opening Bahrain Grand Prix on Friday, but admitted he was checking his mirrors for the much-improved Ferraris.

The world champion topped the times in the second floodlit session, but was only 0.087 seconds clear of second-placed rival Charles Leclerc in the leading Ferrari with team-mate Carlos Sainz third just behind him.

"It was very good and the car felt good," said the Dutchman.

"But you can see that Ferrari are pushing hard and they are very close so that's exciting as well.

"We will have to wait and see a little bit to know really, but tomorrow we will really see where we are. For me, it felt alright. We tried a few things on the car -- and everything seemed to work well -- so it was actually a straightforward and smooth day."

Verstappen wound up 1.2 seconds clear of former champion Lewis Hamilton of Mercedes who finished ninth after a day of battling against the 'porpoising' movements of his car.

He added that he was pleased to see Ferrari closer to the fight at the front.

"It’s good. I think that’s in general what everyone wants, right? The teams a bit closer together and I think over time they will only get closer, so that's good.

"But again, we have to wait and see tomorrow when everyone is turning their engines up fully to see how much is really in it.”

Verstappen's Red Bull team-mate Sergio Perez was 10th and stressed that there was still work to do for the team in developing the potential of their new car, built for the return of 'ground effect' aerodynamics for the first time in 40 years.

"We’ve got some work to do overnight to find a better compromise with the set-up," he said.

"We tried some different settings across the cars, so I think we got good data to look at and hopefully pick up the best bits.

"It’s really close. So, I think even the race will be a lot closer, so it will be good racing all around. I think tomorrow we will have a good picture come Q3 – we will see where everyone is then.”