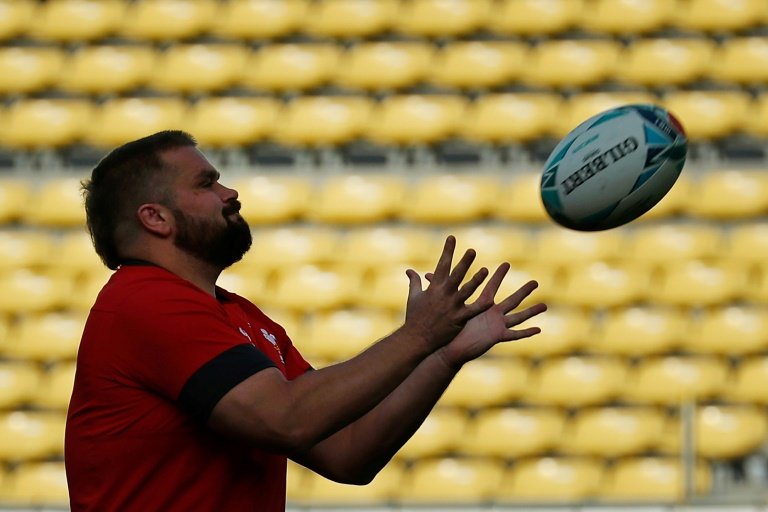 Wales say prop Tomas Francis is available for selection against France in the Six Nations on Friday despite a strong warning from a surgeon that he risks "serious harm" after suffering a head injury against England.

Ospreys forward Francis was injured in the first half of Wales' 23-19 defeat at Twickenham at the end of February.

Television footage showed him staggering following a clash of heads with team-mate Owen Watkin and he also appeared to lean on the post pads for support.

The 29-year-old was subsequently removed from the pitch for a head injury assessment that he passed, before returning and playing until the 55th minute.

Progressive Rugby said the situation necessitated an immediate and permanent removal from the pitch, with no head injury assessment (HIA) required.

Jenkins said Monday that Francis, plus Watkin and wing Josh Adams, who also suffered head knocks at Twickenham, would be available for the visit of France to Cardiff.

"I don't think the review has been finished yet," he said. "We will wait to see what comes of that.

"The HIA process has been in place for a long time now, and players and staff, we all abide by it. We've got to back what has happened there, and if anything else comes out of it, it comes out of it.

"The player has passed all the protocols, done his gradual return to play, ticked off all his contact boxes, and he is available for selection."

But John Fairclough, an orthopaedic surgeon who has previously worked with the WRU, believes it would be "a grave mistake" if Wales selected Francis.

"Like any Welsh fan I want to see Tomas Francis in the Welsh team, because he's a terrific player and would be key against a very good French side," he said in a statement on the Progressive Rugby website on Monday.

"But I have carefully reviewed the footage numerous times, and in my expert view, it is beyond any doubt that Tomas had suffered a brain injury.

"As someone who has taken an oath to protect life, I can't, in all good conscience, fail to highlight that I think him playing the next game puts him at unnecessary risk of serious harm, whether that be now or in the future."

Wales head coach Wayne Pivac is due to name his starting line-up on Wednesday for the game against unbeaten France, who are chasing their first title and Grand Slam since 2010.