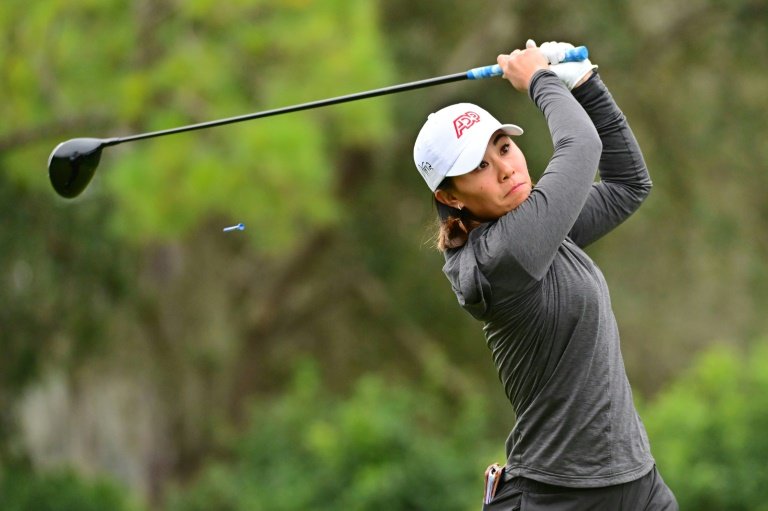 Danielle Kang fired a four-under-par 68 to win the season-opening LPGA Tournament of Champions in Florida on Sunday as world number one Nelly Korda faded from contention.

Kang, who started the final round one shot adrift of Korda, reeled off six birdies and two bogeys to finish with a 16-under 272 after 72 holes at the Lake Nona Golf and Country Club in Orlando.

It was the 29-year-old's first LPGA title since her victory at the Marathon Classic in 2020, taking her tally of career victories to six.

Canada's Brooke Henderson, who carded a closing two-under-par 70, finished three shots adrift on 13 under, one ahead of Mexico's Gaby Lopez, who could only card a level-par 72 in her final round.

Korda's hopes of starting the year with a victory evaporated with a three-over-par 75.

Korda, who led after the second and third rounds, was never able to get going and drifted out of the reckoning after an early bogey on the fourth hole and a bogey on the 10th.

Although Korda regained a shot with a birdie on the 15th, back-to-back bogeys on the 16th and 17th sent her sliding back down the leaderboard.

The Philippines-born Yuka Saso, in her first tournament since deciding to compete as a Japanese player, was alone in sixth place on nine under after shooting a one-over-par 73.

Nelly Korda's sister Jessica was in seventh place with a closing 72, finishing on eight under at 280.