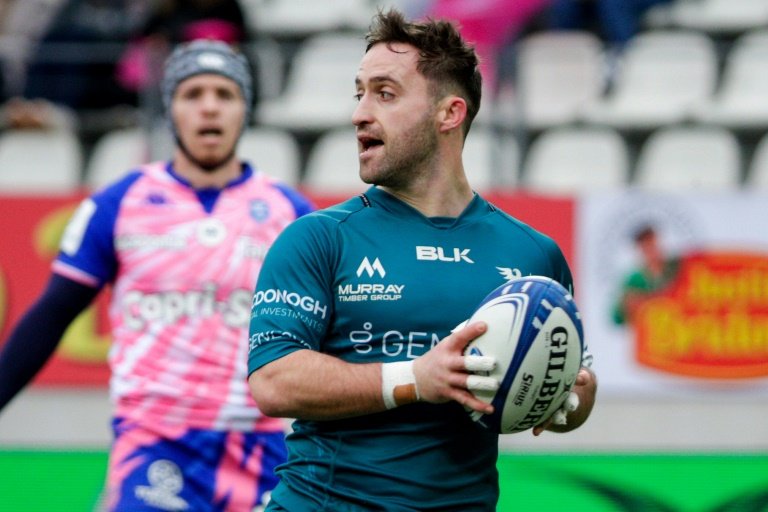 Stade Francais and Montpellier squeezed into the European Champions Cup last 16 with victories on Sunday while Wasps went out after a crushing loss in Munster.

In Pool B, Stade, needing to win by at least six points and collect a bonus point did both with a gutsy 37-31 victory over Connacht.

In Pool A, Sale consolidated their place in the last 16 with a 49-10 thrashing of bottom side Ospreys, while Montpellier jumped from ninth to seventh with a 37-25 win over Exeter, who had already qualified.

When Wasps failed to collect a bonus point as they lost 45-7 in Limerick, the Parisians clinched the eighth, and last, qualifying place in Pool B.

The results also allowed Toulouse to finish seventh. The reigning champions were in danger of missing out after their home match with Cardiff was awarded to the Welsh club.

Toulouse were incensed saying that, despite a Covid cluster, they could have put out a team.

The competition organisers, EPCR, said they had no choice under French health rules but on Sunday evening AFP saw a copy of a letter from the French Sports Ministry to EPCR expressing "incomprehension" at the decision.

"I expect an explanation on the reasons that led you to punish Stade Toulousain while it had a full team to play the match against Cardiff and had scrupulously respected the (health) protocols," wrote the Minister of Sports Roxana Maracineanu.

In Paris, Irish province Connacht, who had already qualified for the next phase, opened the scoring through Alex Wooton in the seventh minute.

They had another try disallowed by VAR before Stade Francais got into the game with a Nicolas Sanchez penalty and the first of wing Adrien Lapegue's two tries.

Connacht, however, took a 17-10 halftime lead when scrum-half Caolin Blade wriggled his way through.

The Parisians bounced back straight after with Ngani Laumape scoring his first try for the club but were reduced to 14 when Australian hooker Paul Latu was sent off for backchat by referee Wayne Barnes.

Connacht scored again through Tom Farrell and Jarred Butler while Stade Francais punched back with touchdowns from Kylan Hamdaoui and Ryan Chapuis and trailed 27-31 with 10 minutes remaining.

But Lapegue scored his second try and two penalties from Joris Segonds to secure victory.

Kicking off after the Stade match had finished, Wasps knew they needed just a bonus point but were 17-0 down after 17 minutes and concede six tries.

Conor Murray and Simon Zebo scored early tries for the home team before Dan Robson hit back for Wasps, but that was the last of their resistance.

Last Sunday, Montpellier fielded a weakened team in Dublin and suffered a record-breaking 89-7 loss to Leinster.

Back to full strength and at home, Montpellier scored three tries in the first 21 minutes and raced to a 24-5 lead after half an hour.

Exeter fought back. When Joe Simmonds converted their fourth try, and the third by his younger brother Sam, in the 49th minute the scores were level at 24-24. 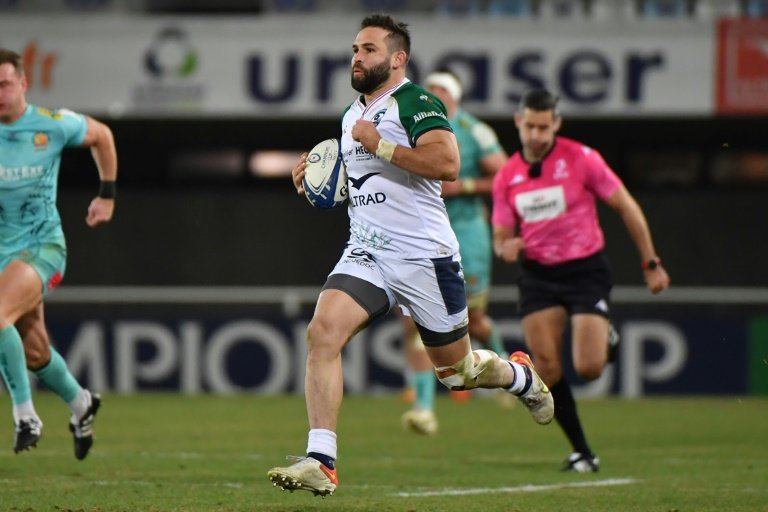 Sam Simmonds matched his main rival for the England No.8 position in the Six Nations, Alex Dombrandt, who scored a hat-trick of tries for Harlequins on Friday.

After Louis Foursans kicked the hosts back into the lead with a penalty, Cobus Reinach intercepted an Exeter pass and raced away to score a try that ensured victory.

Sale eased through their final pool match with a seven-try bonus-point victory over a depleted Ospreys side who finish the campaign with zero points from their four games.

Flanker Harri Deaves Ospreys capped an impressive debut for Ospreys with the Welsh side's only try of the game.