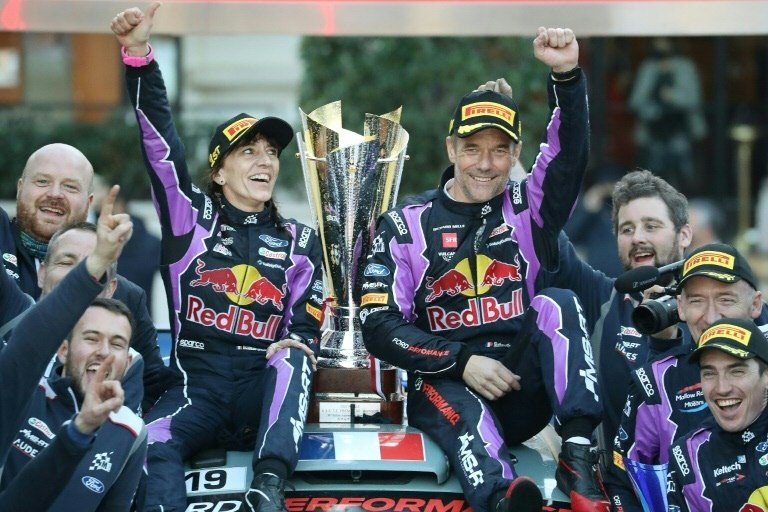 Nine-time world champion Sebastien Loeb, 47, made history as the oldest winner of a WRC rally in the season opener in Monte Carlo on Sunday.

Loeb, who won his first world rally since 2018, was racing for the first time with 50-year-old Isabelle Galmiche, who became the first female co-driver of a top level winner in 25 years.

In the season-opening race over snow and ice in the hills behind Monaco, Ford's Loeb snatched a late lead from French rival Sebastien Ogier as the Toyota man blew a comfortable 20-second advantage with an untimely puncture.

The legendary French drivers are only competing in a selected number of races this season.

That blow out handed Loeb an 80th victory on the world rally circuit, and made him at the age of 47 years, 10 months and 28 days, the oldest ever winner at that level.

The previous oldest WRC winner was Swede Bjorn Waldegard, who took the 1990 Safari Rally in Kenya at 46 years and five months old.

"I feel really happy! I didn't expect so much when I came here," said Loeb, who recently came second at the Dakar Rally.

After Ogier's mishap Loeb was able to ease off and cruise home just over 10 seconds clear at the packed Monaco finish line for a first win since 2018 in Catalunya.

Galmiche was racing for the first time at this level, and is the first female co-driver to win since 1997.

Loeb was swift to praise Galmiche.

"Isabelle knows me well and she knows rally well, but this is the WRC and her rhythm was perfect," he said.

"Ogier was really fast and I struggled a bit yesterday and even this morning. I tried to ignore the pressure."

During the celebrations Galmiche attracted much of the limelight but deflected the praise.

"There was only one star," said the mathematics teacher who returns to work on Tuesday.

"I was stunned when he asked me, but this is even crazier," she said.

"I tried to ignore the pressure, but you know..." 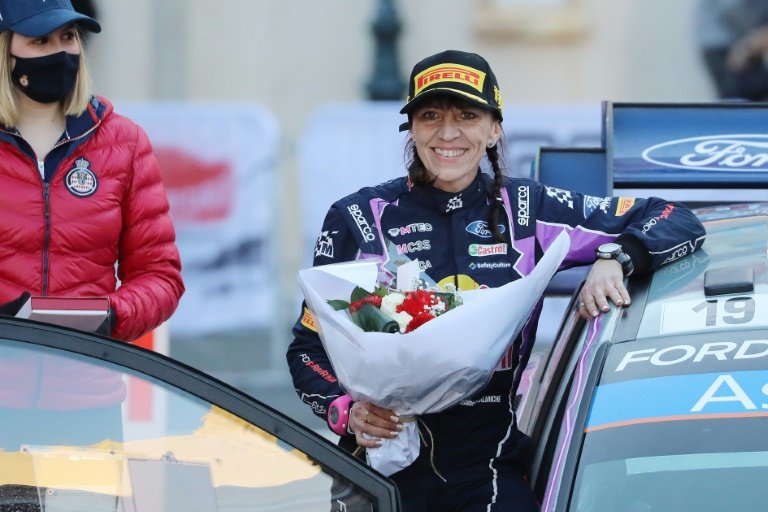 Irishman Craig Breen, in another M-Sport Ford, rounded out the podium, finishing over a minute and half behind Loeb.

Neither Loeb nor Ogier, who have won 17 of the last 18 titles between them, is competing on a full-time basis in the 2022 championship which has seen the introduction of new hybrid cars.

Ogier, 38, is only due to race in a small number of events while Loeb made a rapid return from the Dakar Rally to take part in Monte Carlo, his sole scheduled WRC race on this calendar.

Heading into the penultimate La Penne-Collongues special, a Loeb victory looked highly unlikely as he was 24.6secs behind Ogier who had blasted through to win the first two stages.

But the untimely puncture in the second half of the stage cost Ogier valuable time.

He dropped 34.1sec behind to leave the way clear for Loeb's remarkable shot at victory.

With just the final 14.26km special to come, Loeb led by 9.5 secs and just needed a clean run to hit the Monte Carlo jackpot again.

When Ogier was hit with a 10-second penalty for a false start as he tried to get away too quickly, it was game over.

"I can hold my head up. I did the job this weekend. Unfortunately these things happen in rally," said Ogier.

Loeb, with 27 points, and Ogier on 19, head the standings but neither will drive the second round in Sweden at the end of February.

Kalle Rovanpera collected five bonus points to sit in third place with 17pts, two ahead of Breen with Belgian driver Thierry Neuville on 11.