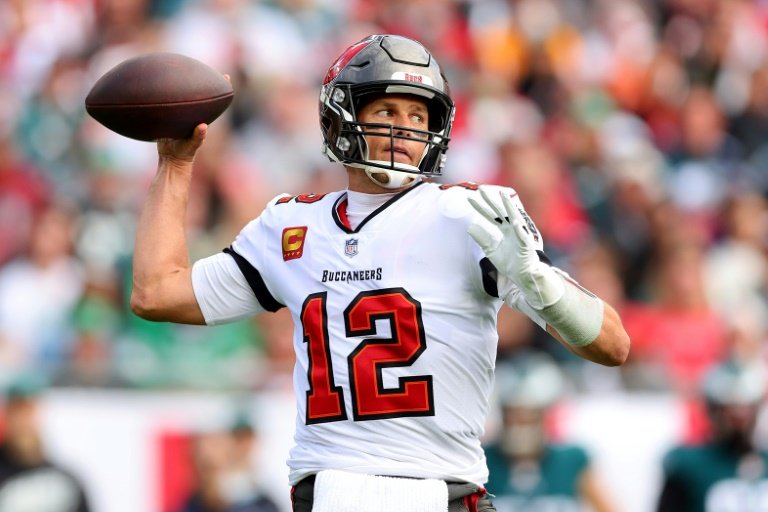 Tom Brady threw for two touchdowns and 271 yards as the Tampa Bay Buccaneers outclassed the Philadelphia Eagles 31-15 in the NFL postseason's wild card round on Sunday.

Brady, looking to guide the Buccaneers to a second straight Super Bowl title, expertly marshalled the Bucs to victory at the Raymond James Stadium.

Running back Giovani Bernard powered over from two yards for a touchdown on the opening Tampa Bay possession after a 75-yard drive.

With the Eagles punting away their first two possessions, the Bucs then doubled their lead with another rushing touchdown.

This time it was Ke'Shawn Vaughn going over from one yard out to cap a 10-play, 70-yard drive.

With Brady keeping the Eagles defense on the back foot by cleverly varying his passing, the Bucs looked poised to kill the game inside the first half.

Instead, Tampa only added a 34-yard field goal from Ryan Succop to take a 17-0 halftime lead.

But the Bucs were back in the touchdown groove in the third quarter.

Brady hit long-time offensive partner Rob Gronkowski in the end zone to make it 24-0, the 105th time the duo have combined for a touchdown.

A superb interception by Bucs linebacker Shaq Barrett then handed Brady prime field position once again, and the 44-year-old arrowed a 36-yard touchdown pass to receiver Mike Evans to make it 31-0.

Boston Scott rushed for a 34-yard touchdown and Kenneth Gainwell hauled in a 16-yard touchdown to get Philadelphia on the board in the fourth quarter, but it was too little too late.

The identity of Tampa Bay's opponents in the divisional round will only be determined following the other NFC playoff games.