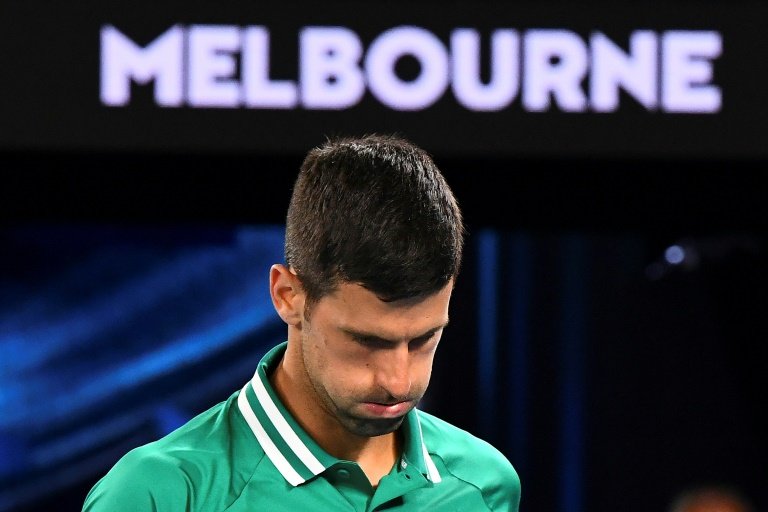 Serbia's Novak Djokovic, pictured playing in the 2021 Australian Open, will not defend his title this year after his court bid to stay in the country failed on the eve of the first Grand Slam of the year / © AFP/File

Finally some tennis. The Australian Open begins on Monday after a chaotic and controversial build-up dominated by the visa saga that engulfed world number one Novak Djokovic.

The unvaccinated Serbian will not be at Melbourne Park to defend his title after his last-gasp court bid to stay in the country failed on the eve of the first Grand Slam of the year.

The 34-year-old flew out of Australia on Sunday night, his dreams of becoming the first man to win 21 majors over, at least for now.

Djokovic will continue to cast a dark shadow over the showpiece, but there will be relief from players that they can finally get on with the business of winning tennis matches.

Prime among them in Monday's first round will be Rafael Nadal, who begins his title charge against the 66th-ranked American Marcos Giron.

The Spaniard is also going after a 21st Grand Slam crown. 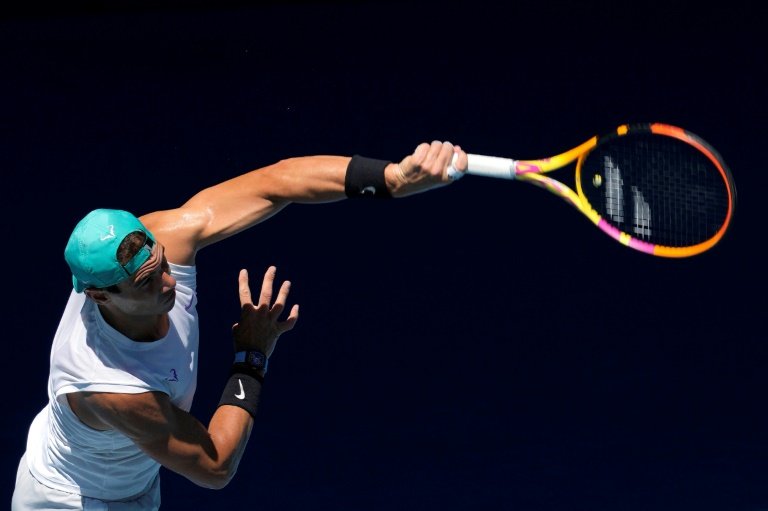 After injury and contracting Covid-19 in December, the 35-year-old is just happy to be back on court in Melbourne, where crowds have been capped at 50 percent because of the pandemic.

"When you're coming back from injuries and from a period of time that you are not going on the tour, you need to accept things are not going to be perfect," said Nadal, whose brilliant career has been blighted by injury.

Also playing on day one in the men's draw are third seed Alexander Zverev and seventh seed Matteo Berrettini.

There will be no Roger Federer this year, with the Swiss great battling injury.

- Barty the woman to beat - 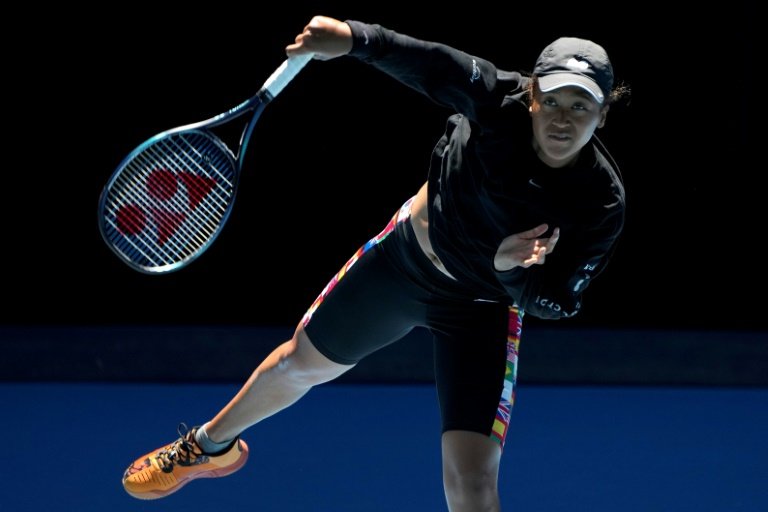 Naomi Osaka of Japan, who is seeded 13th after taking an extended break from tennis last year, starts her Australian Open campaign against Camila Osorio of Colombia / © AFP

One defending champion may not be there in Djokovic, but the other is in the form of Naomi Osaka.

The Japanese player, who is seeded 13th after taking an extended break from tennis at the back end of last year, starts her campaign against Camila Osorio of Colombia.

After a turbulent 2021 during which the four-time major winner said she had suffered depression, Osaka is determined to have more fun this year.

"There's a different feeling I get when I come to Australia," said Osaka, who also won the Australian Open in 2019.

"Everyone is really warm and welcoming. I just remember all the tough battles that I've had here. It's definitely a very positive feeling."

It remains to be seen if Osaka is firmly back in the groove after her layoff and she will need to topple world number one Ashleigh Barty if she is to make it a hat-trick in Melbourne.

The 25-year-old Barty is the firm favourite to win her home Slam for the first time.

She will be under intense pressure from an expectant crowd, but Barty -- who won the singles and doubles titles in a warm-up tournament -- was playing it characteristically cool. 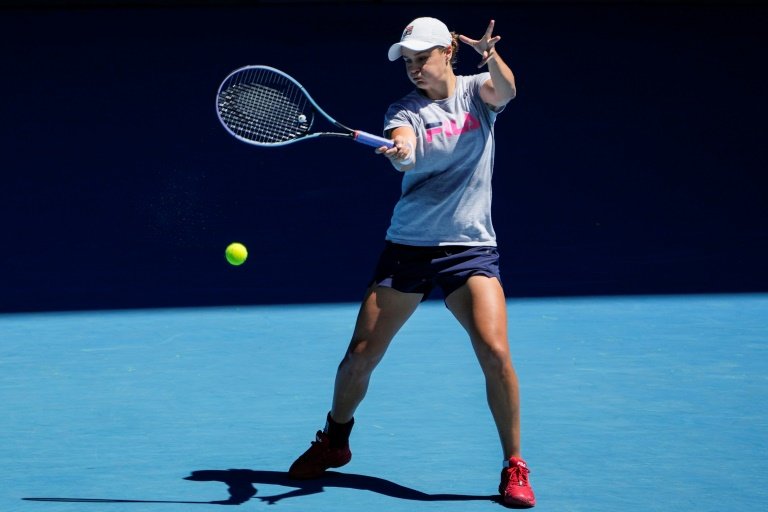 Australian Ashleigh Barty, 25, is the firm favourite to win her home Slam for the first time / © AFP

"Regardless of the number next to my name, that doesn't change the way we approach it," said Barty of being top seed.

"Particularly here in Australia, it's exciting. I get to play in front of incredible fans, my family, which is amazing."

Serena Williams is not in Melbourne because of fitness concerns.