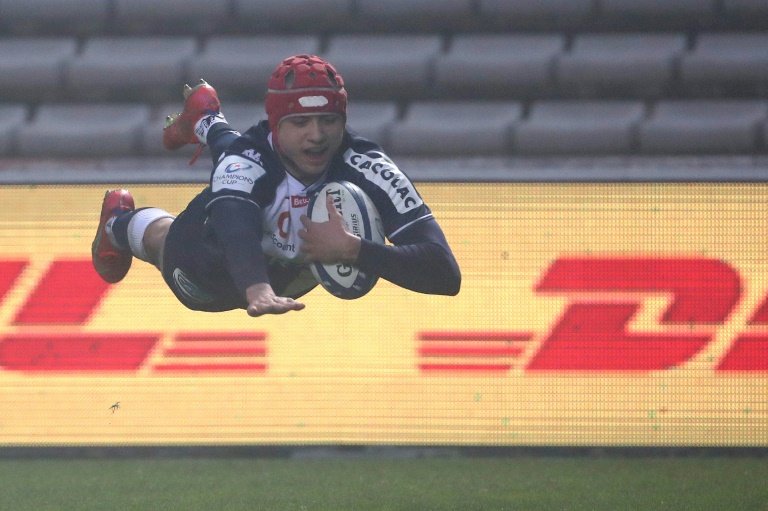 Montpellier crashed to the worst defeat ever suffered by a French side in European Champions Cup history on Sunday when they were thrashed 89-7 by Irish province Leinster.

French pride was salvaged in part by teenage full-back Louis Bielle-Biarrey who scored a hat-trick in Bordeaux-Begles' 45-10 win over Welsh side Scarlets while former France scrum-half Morgan Parra came off the bench to secure Clermont's 25-19 win at home to Sale.

The Irish had further cause for celebration when Ulster booked their place in the last 16 with a 24-20 win at Northampton.

Four-time winners Leinster scored 13 tries -- Montpellier's sole try scorer Masivesi Dakuwaqa was sent off in the second-half -- against a side which had to field academy players due to the number of Covid-19 cases in the first team squad.

"It's not a rugby score, it's a basketball score," said Montpellier coach Philippe Saint-Andre.

"We were struggling from the first to the last minute. I coached for a long, long time. I never lost by this score. There is not so much to say."

Leinster had not played since December 11 and were aggrieved when competition organisers awarded Montpellier a 28-0 victory in their match in France last month after it was cancelled due to Covid cases in the Irish side.

Man-of-the-match Josh van der Flier scored a brace of tries as did fellow Ireland back rower Jack Conan with Leinster recording their largest margin of victory in the competition.

It bettered the previous record, a 92-13 defeat of another French side Bourgoin in 2004.

Johnny Sexton landed five conversions after coming on as a replacement for Ross Byrne, marking his first appearance since Ireland beat New Zealand on November 13.

Leinster are fourth in Pool A, just short of qualifying, but Ulster became the third team in the pool after Racing 92 and La Rochelle to secure their place in the last 16.

Tries from wing Robert Baloucoune and scrum-half Nathan Doak gave Ulster an early 12-0 lead and after Dan Biggar finished off a team move to bring Northampton back into it, full-back Michael Lowry touched down to make it 19-10 at the break.

Northampton lie tenth in Pool A, two places outside the top eight that qualify for the last 16.

Bordeaux, meanwhile, are fifth in Pool B after running in seven tries at the Stade Chaban-Delmas in their bonus points win over Scarlets.

Eighteen-year-old full-back Bielle-Biarrey, playing in just his second senior game and making his first start, scored a hat-trick and there were further tries from Cameron Woki, Geoffrey Cross, Maxime Lamothe, and Nans Ducuing.

Liam Williams and Gareth Davies touched down for Scarlets.

Parra came off the bench with Clermont locked at 19-19 against Sale with 20 minutes to go.

Fritz Lee, Alivereti Raka and Damien Penaud had all touched down for the home side in a frenetic first half with Jean-Luc du Preez, Tom Roebuck, Bevan Rodd responding for the visitors.

Parra, however, put Clermont ahead in the 67th minute with a 45-metre penalty and added another with five minutes to go, leaving Sale with the consolation of a losing bonus point. 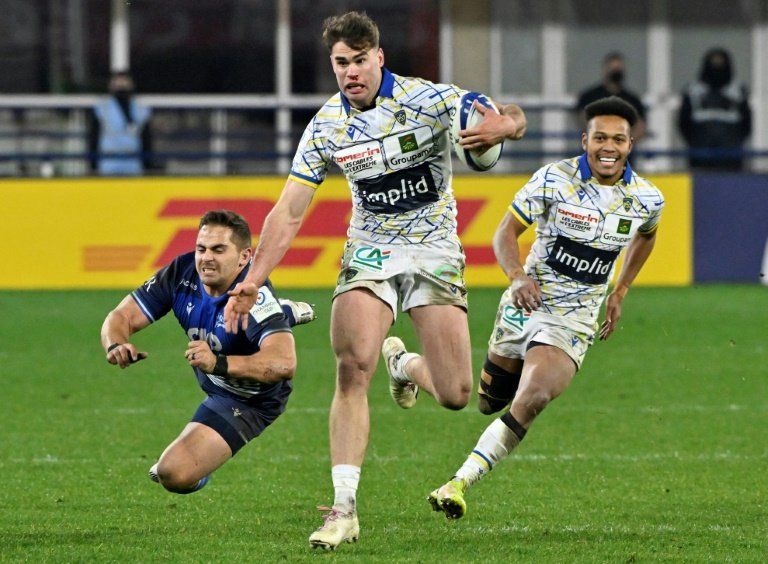 "We came away with a lot of pride and a lot of anger," said Sale's director of rugby Alex Sanderson.

"I feel like we nearly won it. Anyone coming here and taking a losing bonus point would normally be happy, but every point matters in this tournament and we were better than what we came away with."

On Saturday, Bristol and Leicester joined Harlequins and Munster as qualifiers but there was also a surprise defeat for defending champions Toulouse who were beaten 30-22 by 14-man Wasps.