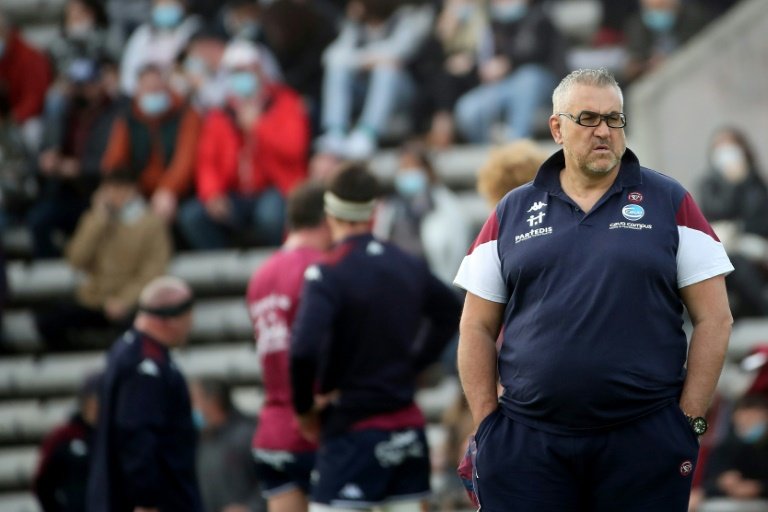 Seven games including his side's trip to Welsh region the Scarlets in December were put on hold after strict rules came into force for travellers between France and Britain to deal with the increases in cases of the Omicron variant of Covid-19.

The restrictions are set to be relaxed by French authorities soon, allowing the Scarlets to head to Stade Chaban-Delmas on Sunday.

Urios also said his outfit had recorded four more Covid-19 cases in their squad after the Top 14 leaders recorded two positive tests last week, but the match is set to go ahead.

"This competition now has no more sense. Between those who lose with no points, those who don't play who have two points, it's rubbish," Urios told reporters.

"It annoys me because it skews the tournament. That's how it is. We're preparing for the Scarlets match as well possible and we'll see.

"We will play the competition to the maximum knowing well it's skewed," he added.

The third round of the Champions Cup takes place this weekend with France's sports ministry saying the measures will change in the immediate future.

"Our subject is part of larger decisions which concern the borders with Britain," the ministry told AFP.

"The decision will be made official and announced in the coming days but we're heading towards a relaxing," it added.

Earlier in the day, European Professional Club Rugby (EPCR) said it had "regrettably" decided to cancel the postponed fixtures.

"The Board has also authorised the EPCR Executive to determine the outcome of the fixtures as provided for in the rules of the tournaments and the EPCR Executive has decided that the appropriate solution is to record the results in each of the five Heineken Champions Cup and the two EPCR Challenge Cup fixtures in question as 0-0 draws with two match points awarded to each club," it added.

Another French side Montpellier said they were continuing to prepare as normal to host four-time winners Leinster on Sunday despite registering three cases of the illness.