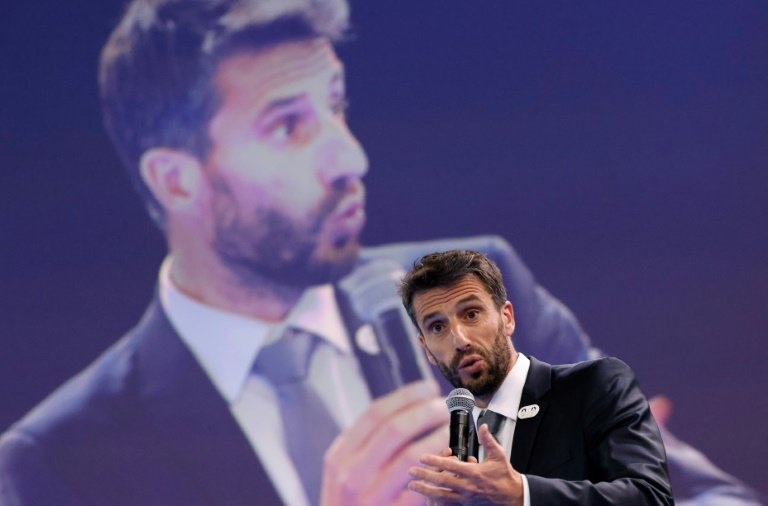 Tony Estanguet, head of the Paris Organising Committee of the 2024 Olympic and Paralympic Games / © AFP/File

The opening ceremony of the Paris Olympics on July 26, 2024, will take part on the River Seine, organisers announced on Monday, breaking the long-held Summer Games tradition of a stadium procession of athletes and officials.

More than 160 boats filled with athletes and officials from more than 200 countries will sail almost 6km (4 miles) between the Pont d'Austerlitz and Pont d'Iena bridges in central Paris, with the closing ceremony scheduled to be held at the Trocadero, an expanse of gardens and fountains which overlooks the Eiffel Tower.

"There are a lot of emotions, a lot of enthusiasm. The opening ceremony is by far the biggest of markers."

Paris 2024 organisers are expecting crowds of 600,000 people for what they call the largest-ever Olympic ceremony.

Part of the public will be dispersed along the banks of the Seine in ticketed stands while the rest are able to take part for free.

France President Emmanuel Macron rubberstamped the idea of having the ceremony on the Seine in July despite some concerns voiced over how to best ensure security for such a massive event that passes by many well-known parts of Paris' iconic cityscape.

Security officials had asked for a limit of 25,000 people while organisers and the Paris city hall had initially argued for two million, according to a mayoral source.

Castex said he wanted proposals "by the end of the year for the opening ceremony and June 2022 at the latest for all sites and events".

"The interior ministry and the whole of government backed this ceremony," Estanguet said, adding police would be aided by private security along the 12km of accessible riverbanks.

In an interview with AFP, Estanguet spoke of his "absolute pride" in having worked on this idea.

"For the first time in the history of the Games we're going to organise a procession of athletes bang in the middle of the city, on the Seine," he said.

"10,500 athletes from 206 countries who will come to Paris and cross the city from east to west to see and discover our country's most beautiful cityscape.

"We expect at least 600,000 people, that's to say 10 times more than in a stadium like the Stade de France for example.

"It is really an unprecedented first," he said, "where we manage to combine the most beautiful aspects of our history, our culture, our heritage."

Estanguet said that while the ceremony would be "extremely spectacular", it would also be "extremely popular", accessible to the greatest number, including some free of charge, the first for an Olympic opening ceremony.

"As a legacy of Paris 2024, we have a desire to leave France a sportier country and our Games kick off exactly with that ambition of opening up opportunities for everyone to take part," he told AFP.

Beach volleyball will be held in the shadow of the Eiffel Tower, archery at Les Invalides and the so-called 'urban sports' of BMX freestyle, skateboarding, breaking and 3x3 basketball at la Place de la Concorde, Paris' largest square at the eastern end of the Champs-Elysees, arguably the world's best known avenue.

"That desire to take sport out of the stadiums to make it more accessible to the biggest number of people is really the DNA of Paris 2024," Estanguet said.

"It's born of the ambition of French sport to want to develop, to be promoted on the occasion of these Olympics."