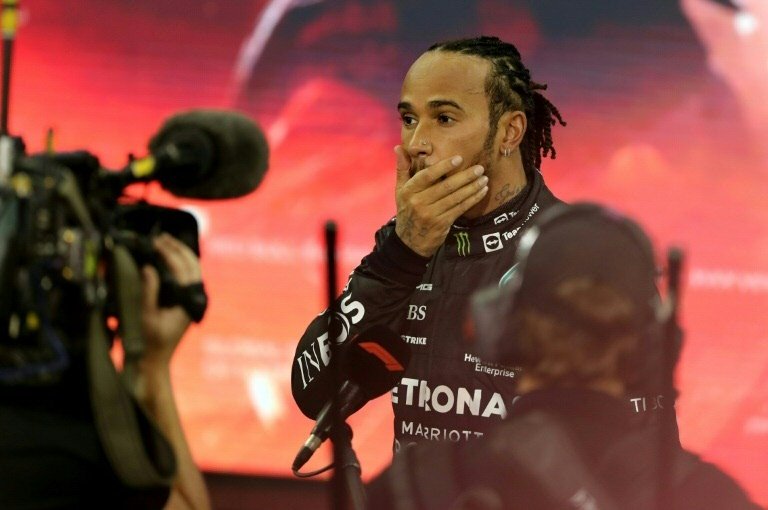 Lewis Hamilton, 36, is likely to relish the chance to regain his world title in 2022 / © POOL/AFP

After the chaos and confusion of that now infamous last lap in Abu Dhabi on Sunday which saw Max Verstappen claim his first world title, what of the vanquished Lewis Hamilton, the man who led the race for so long and was so agonisingly close to an unprecedented eighth world title?

At 36, the Briton is in the latter part of his career, the opportunities to add to his record 103 race victories likely to become more scarce with every passing season. No one would blame him for packing his bags and leaving the stage.

And yet it looks certain that Hamilton will return next season more determined than ever to claim that eighth title.

Any prospect of the seven-time champion walking away, having already committed himself to another two years with Mercedes, receded on Monday as sources close to him and his family made clear they expect him to extend his career into a 16th season.

His near-flawless display at the Yas Marina Circuit where he held a comfortable 11-seconds lead until a series of events, including decisions by Race Director Michael Masi, left him facing a fateful 'manipulated' last lap sprint on worn tyres, proved he remains a supreme racing driver.

His vast sporting and technical experience, his value to Mercedes as both driver and marketing commodity, his global value to Formula One as the burgeoning sport-business expands rapidly in America and other new markets, attracting a diverse new demographic audience, make him virtually irreplaceable.

But all that and the attraction of another year's salary will be of less importance to the man himself than his ambition and desire to compete again against his nemesis Verstappen by being on the grid in Bahrain in March for the opening race of 2022.

Verstappen said he had "felt" for Hamilton.

"He did everything right throughout the race, but F1 can be very unpredictable… Lewis is a great sportsman -– he will be back again, very strong, because he is an amazing driver," said the 24-year-old, the first Dutchman to win the title.

That sense of fighting against the odds has been a constant feature not just of Hamilton's career but of his life, as his brother Nicolas Hamilton expressed in a social media post on Monday.

Taking to Instagram, he declared his brother "the true champion" and said the sport's ruling body, the FIA, had broken its own rules, which was "a disgrace to our whole sport". 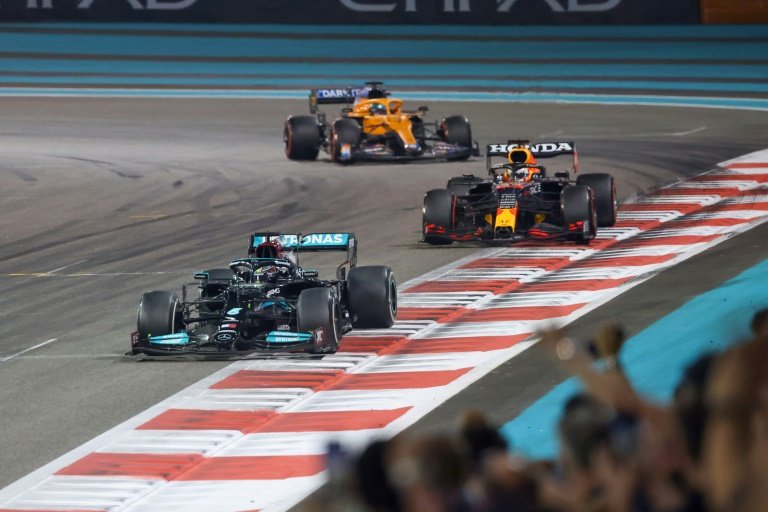 He added that "proving people wrong is in our DNA, which Lewis does on a daily basis".

Hamilton's sense of injustice, seen more openly earlier in his career when he was often a victim of racist abuse, was only revealed briefly on Sunday.

Four corners from the end of the race, after being passed by Verstappen who was running on new soft tyres, he responded on team radio: "This has been manipulated man".

The message was not broadcast on the worldwide television feed, but it was aired on the F1TV channel.

That he controlled his disappointment and congratulated Verstappen and his family and the Red Bull team was evidence of his sporting integrity, according to 2001 title runner-up David Coulthard.

"He showed why he is a seven-time world champion," he told BBC Radio.

"He is a phenomenon and he's an incredible sportsperson.

"He is a fantastic example to sportsmen and women out there on how to handle defeat."

Hamilton will turn 37 on January 7 but he will not be the oldest driver in the field as two-time champion Fernando Alonso, his former McLaren team-mate, will be 41 next July.

If Hamilton wins the title, however, he will be the oldest champion in 29 years since Alain Prost secured his fourth title at 38 in 1993 a year after Nigel Mansell won his sole title in 1992, aged 39.

Coincidentally, when Alonso won his first title in 2005, he ended the era of Michael Schumacher dominance. 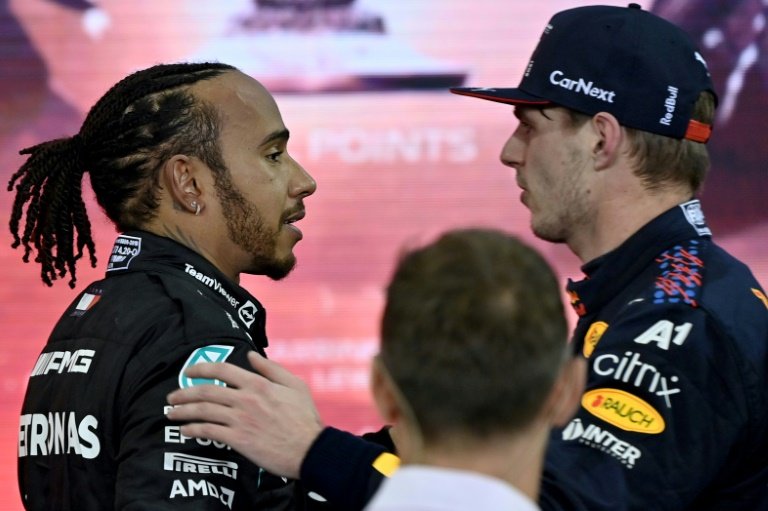 Hamilton v Verstappen: the battle is due to resume in March with revenge on the menu / © AFP

To excel again, to win another title at such an advanced age for a sportsman, especially in a season when the sport ushers in a new set of technical regulations designed to create more competition and much closer racing, will be the motivation that fuels Hamilton again.

That, of course, and another chance to make history.