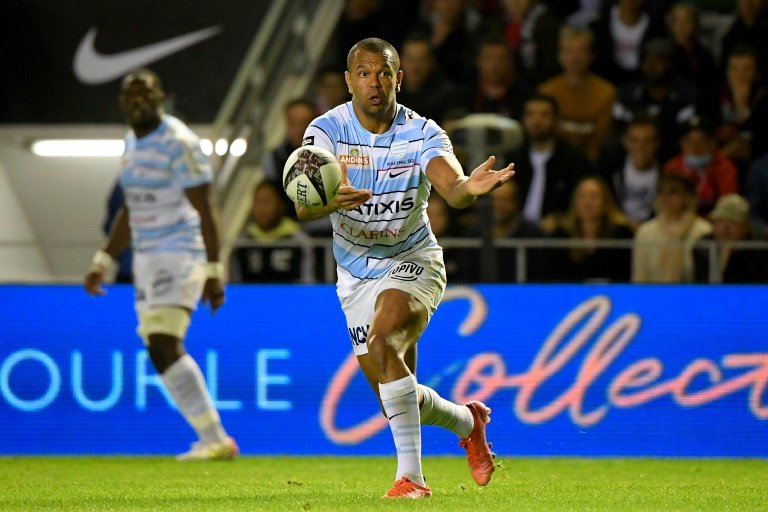 Kurtley Beale made his Australia debut in 2009 / © AFP/File

Australia utility back Kurtley Beale said on Sunday it was an "honour" to return to the Test set-up next week after being shown a yellow card as Racing 92 beat French Top 14 champions Toulouse 27-18.

Beale, 32, who was recalled by Wallabies head coach Dave Rennie for games against Scotland, England and Wales in November due to injuries, spent 10 minutes in the sin bin for a dangerous tackles.

"There was no intent, no malice. He was going down. It was quite fast, I went to bear hug him. It's unfortunate what happened," Beale said about the collision.

He added: "I'm very excited to be joining up with the Wallabies. A bit of a suprise but an opportunity to be amongst the national squad is an honour.

"Being away from it makes you realise how great it is, how special it is to represent your country."

Beale started at centre for the hosts before returning to the Test set-up next week for the first time since the 2019 Rugby World Cup as the Wallabies head to Murrayfield next Sunday.

Beale's Test team-mate Rory Arnold was at lock for the visitors, who were missing 11 players away with the France squad preparing for Saturday's fixture with Argentina.

Beale, who missed last weekend's loss to Montpellier, made his first impact after four minutes by winning a penalty with a turnover with Toulouse camped inside his side's 22 metre.

The away side kept the pressure on and deservedly lead 13-10 after half an hour as Australian centre Zack Holmes kicked eight points following Arthur Bonneval's try.

Beale was shown a yellow card, his third since joining Racing in 2019 from the Waratahs, after 30 minutes following a high tackle on Bonneval, which forced the winger off injured.

The 92-time Test playmaker returned to the field after the break following his misdemeanour as Racing's took control of the contest through tries from teenage scrum-half Nolann Le Garrec and lock Boris Palu to lead 27-13 with 25 minutes left.

Toulouse gave themselves a slim chance of a win as Selevasio Tolofua crossed with eight minutes remaining to make it 27-18 but the Parisians held on to move third.

On Saturday, Argentina back-rower Facundo Isa scored his second try this season as struggling Toulon beat Biarritz 13-9 but there was bad news for his fellow Pumas squad member Nicolas Sanchez.

Stade Francais fly-half Sanchez left the field with an ice pack on his shoulder during their 18-9 loss at Pau.

Next weekend clubs will be without 28 France squad members due to the clash with the Argentina Test match before the league takes a two-week break with Les Bleus facing Georgia and New Zealand.