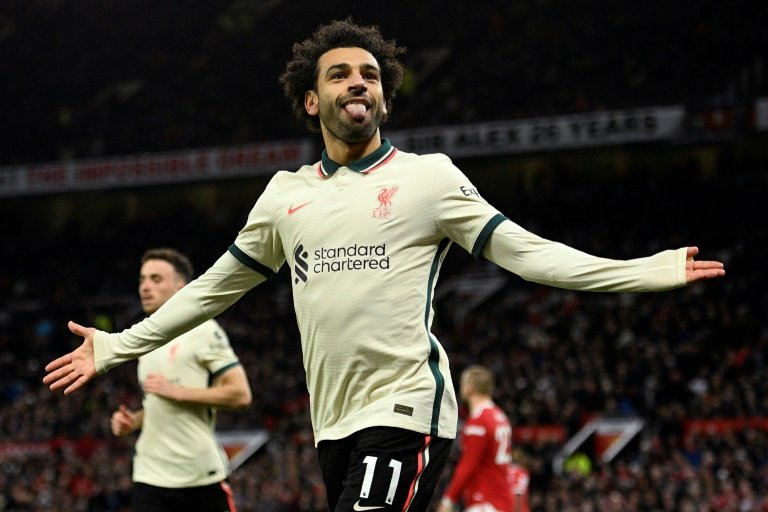 Ole Gunnar Solskjaer insisted he is the right man to manage Manchester United despite a historic hammering by Liverpool on Sunday as Mohamed Salah scored a hat-trick in a 5-0 rout at Old Trafford.

The Red Devils have now taken one point from a possible 12 in the league to fall to seventh, eight points off leaders Chelsea.

"I do believe in myself, that I am getting close to what I want with the club," said Solskjaer.

"The results lately haven't been good enough, that brings doubt in anyone's mind, but I've got to keep strong and believe in what we've been doing."

Salah then took centre stage to take his tally for the season to 15 goals in 12 appearances and become the top-scoring African player in Premier League history in the process.

To round off a miserable day for United, Paul Pogba lasted less than 15 minutes as a second-half substitute as he was shown a straight red card for a reckless lunge that forced Keita to leave the pitch on a stretcher.

Liverpool's first victory in front of a crowd at Old Trafford under Jurgen Klopp moves them back above Manchester City into second, just a point behind Chelsea.

"What we did in the last third was insane. Pressing high, winning balls, scored wonderful goals," said Klopp after Liverpool's record away win against United.

"The result is insane. I asked if there was one like this in history and if there isn't then it will take a while (to beat)."

By contrast, United's hopes of a first league title since 2013 already look over.

That gap is likely to grow in the coming weeks with Tottenham and City to come in the next fortnight before an international break.

Whether Solskjaer will still be in charge come November is now in serious doubt as he has completely failed to form a balanced team from a talented collection of star players.

"In the last few weeks we've hit a brick wall," added Solskjaer. "The performances haven't come, the results haven't come. We've conceded too many easy goals and that's a concern."

Salah teed up Keita to open the floodgates after just five minutes with a composed low finish past David de Gea.

United came from 2-0 down at the break to beat Atalanta 3-2 in the Champions League on Wednesday. 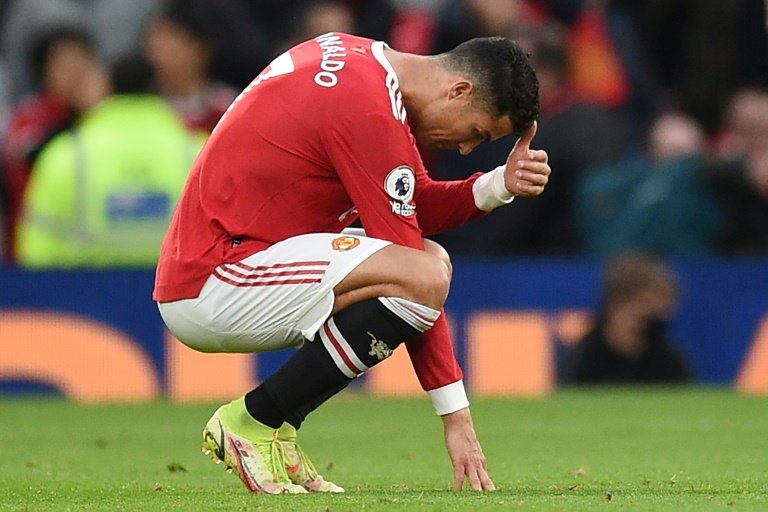 But former midfielder Paul Scholes' warning after that match that Liverpool would be 4-0 up in 45 minutes if handed the same space to attack into came to fruition.

Jota justified his selection ahead of Sadio Mane as he stretched to turn in Trent Alexander-Arnold's cross to double Liverpool's advantage.

Salah has now scored in 10 consecutive games and overtook Didier Drogba with his 105th Premier League goal when the Egyptian turned home Keita's cut-back with the United defence all at sea.

Liverpool inflicted further punishment before the break when Salah smashed home at De Gea's near post.

Salah then completed his hat-trick with another cool finish five minutes into the second-half after Jordan Henderson's pass dissected the United defence once more.

Cristiano Ronaldo thought he had pulled a goal back only for a VAR review to catch him in an offside position.

Another VAR check saw the end of Pogba's brief cameo for a horrendous studs-up challenge on Keita that forced the Guinean off.

Solskjaer sacrificed Bruno Fernandes and Marcus Rashford to try and stop the bleeding as Old Trafford emptied during the final half hour.

De Gea ensured Liverpool failed to match their record margin of victory against United with an incredible save from Alexander-Arnold's drive.

However, that did not subdue the mood among the travelling fans as they mockingly chanted for Solskjaer to remain in his job.