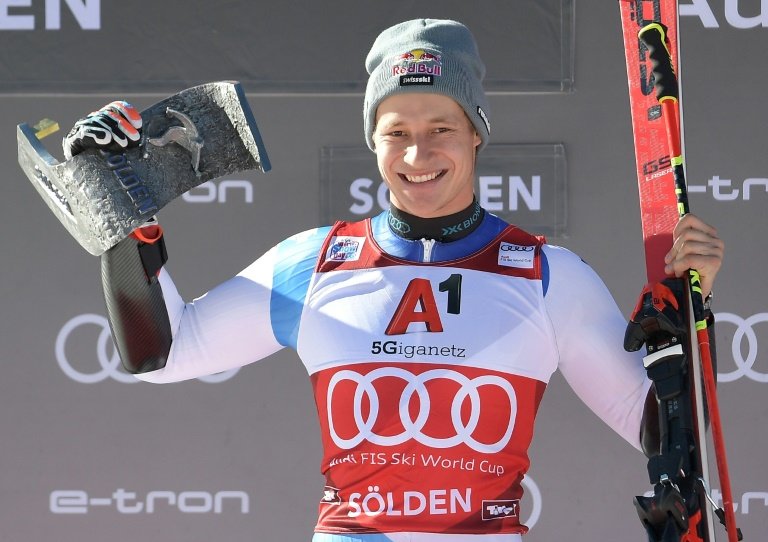 Odermatt finished just 0.07sec ahead of Austrian Roland Leitinger over the two runs while Slovenian Zan Kranjec was third.

"Winning the season opener is a big confidence boost, it's fabulous," Odermatt said.

"I'll be taking it race by race but obviously winning the crystal globe is the target," he added, referring to the overall World Cup title.

The holder of the title in the event, France's Alexis Pinturault, was fifth and Odermatt's win marks what should be the start of a season-long battle for supremacy.

"There are more and more excellent giant slalom racers and it's just getting tougher and tougher," Pinterault said.

"Marco has it all and the Swiss have training facilities which nobody else has at this time of year," he added.

Leitinger was fastest on the first of two giant slalom runs with a dozen other skiers less than a second back.

The race was staged in bright sunshine with hard snow at 3,040m altitude, with the race dropping to 2,670m.

On Saturday, American Mikaela Shiffrin delivered a dazzling second run in the women's giant slalom to claim her 70th World Cup win on the same run.