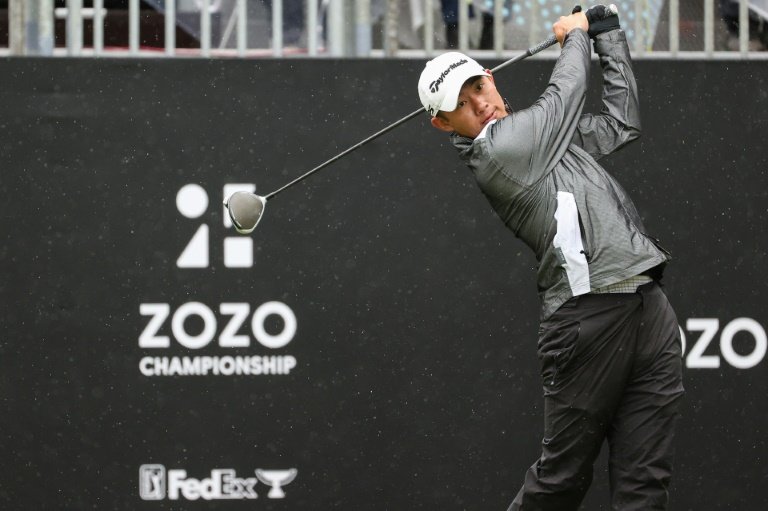 Collin Morikawa has already won two majors in his fledgling pro career, but the 24-year-old American managed a new first at the PGA Tour's Zozo Championship on Saturday.

The world number three was playing from the fairway at the par-five sixth hole in his third round at Narashino Country Club outside Tokyo when he suffered a dreaded shank -- every golfer's worst nightmare.

A shank is a horrible miscue where the ball is struck by the hosel -- the base of the shaft -- instead of the club face, and usually results in the ball flying off at right angles to its intended target.

"Well, I did something in my career that I haven't done yet, that was shank a shot," admitted the British Open champion after his round of 67, three-under par.

"I shanked a pitching wedge straight into the trees. So a really good way to start the day after being one-under through five," he smiled.

Morikawa managed to get up and down for par despite the aberration, but said it was symptomatic of an erratic day, which was salvaged by a chip-in for an eagle three at the 18th after a "bad second shot".

"I really had no clue where the ball was going to go, I was kind of just trying to make contact and thankfully the putting was working today," said the 2020 US PGA Championship winner.

"Obviously really nice to finish on a couple lucky breaks with the tee shot left ending up in the fairway, hitting a bad second shot and then chipping it obviously to end the day."

His scrambling left him at four-under par for the tournament, inside the top 10 but six shots adrift of leader Hideki Matsuyama who finished at 10-under par.

"Hideki's obviously not going to make a bunch of bogeys, but we'll see where the day ends.

"We always feel like we're always within striking distance and just got to get off to a good start. On the front nine there's a few birdie holes, especially these first two holes, so we'll see what we can do then."