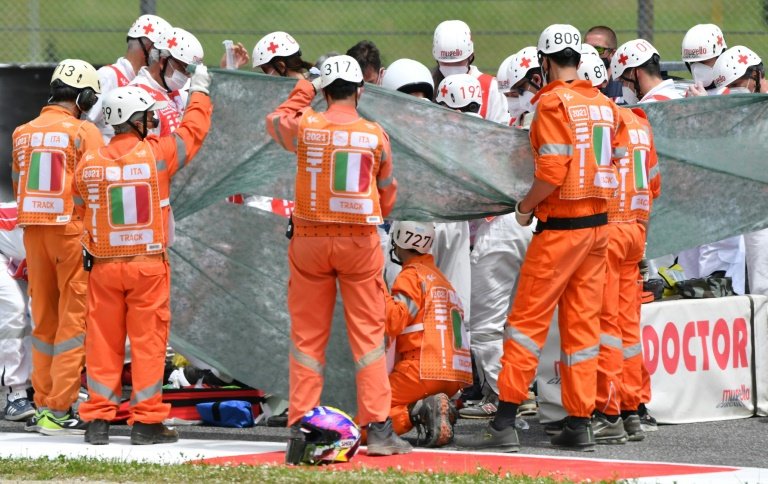 After the deaths of three young riders this season, the organisations that run motorcycling on Friday announced measures to improve safety, including raising the age limits for riders.

The teenagers killed in crashes this year were Spanish duo Hugo Milan, who was just 14, in the European Talent Cup, Dean Berta Vinales, 15, in the WorldSSP300 class, and Swiss rider Jason Dupasquier, 19, in Moto3.

The International Motorcycling Federation (FIM) and Dorna, promoter of MotoGP, Moto2 and Moto3, responded on Friday with reforms that include slightly raising age limits, trimming the number of entries and making more safety equipment compulsory.

In MotoGP, Moto2 and Moto3 the minimum age will rise in 2023 from 16 to 18, although there will be exceptions in Moto3 for 17-year-olds who have won the Moto3 Junior World Championship or the Red Bull MotoGP Rookies Cup or had already raced in the category.

From 2022, all riders will have to be equipped with airbags.

In the longer term, the motorcycle industry is committed to "improving the level of protection afforded by the riders with increased focus on protecting against an impact from another rider or motorcycle, particularly in the chest and neck area".

The announcement released by FIM also said that while "the ease and speed of communication between riders, pit wall and Race Direction has improved significantly" it wants "to focus on communicating to a rider or bike that a crash has taken place as soon as possible."

It said the "next step" is to instal and implement "automatic, near-instant warning systems for all following riders/motorcycles."

In addition, the penalties on those who ride dangerously are becoming more severe.

In Moto3, for example, Turkish rider Deniz Oncu has been suspended for two GPs after causing a crash at the last round in Austin.

That decision was welcomed again on Friday by the MotoGP riders.

"It is the only way to change this situation," said Francesco Bagnaia.

"I consider that there are many more drivers who need this type of sanction."

"Some Moto3 riders are very aggressive and you don't have to be so aggressive to be up at the front," he added before pleading for a reduction in the number of riders in the lower categories.

His compatriot Luca Marini suggested making the bikes "more selective", that is more complicated to ride, to "make sure that the best and fastest riders win and not the most aggressive or lucky ones".

Two weeks ago at the Grand Prix of the Americas, eight-time world champion Marc Marquez raised the issue of the increase in the number of competition categories.

"Twenty years ago there were only four or five," said the Spaniard, a former Moto3 champion.

"If you were fast, you rode. If not, you stayed home.

"Now, if you're not competitive somewhere, you can go somewhere else.

"On the one hand, this growth is positive for bike racing. On the other hand, by doubling the number of riders and races, the risk increases.

"It's hard to find the happy medium."