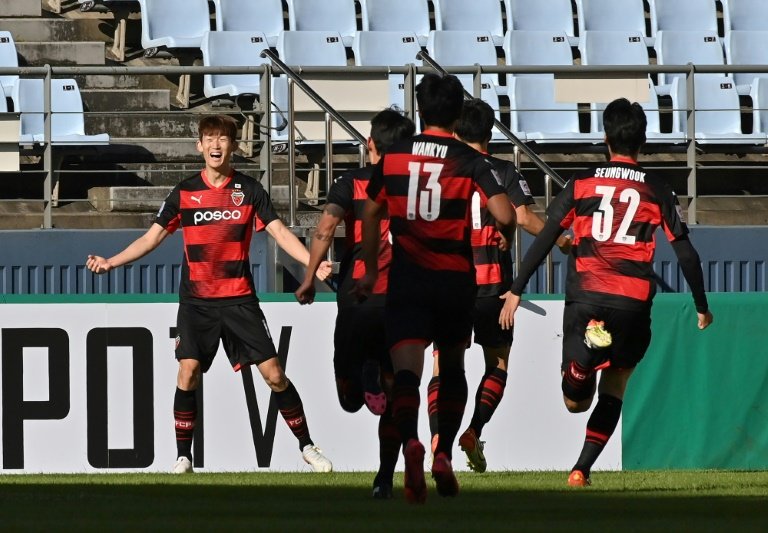 Title-holders Ulsan Hyundai will play fellow South Korean side Pohang Steelers in Wednesday's semi-finals as they close in on an unprecedented third AFC Champions League crown.

Substitute Lee Dong-gyeong hit a cracker in extra time as Ulsan squeezed past another Korean team, Jeonbuk Motors, 3-2 in a thriller at Jeonju World Cup Stadium.

Earlier on Sunday at the same arena, where a modest crowd was socially distanced because of coronavirus rules, Pohang defeated Japan's Nagoya Grampus 3-0 to book their last-four spot.

The other semi-final, in the western region of Asia's top club competition, will be a Riyadh derby between Saudi giants Al Nassr and Al Hilal on Tuesday.

In a terrific clash between the top two in the K League, Ulsan went ahead against Jeonbuk in the 13th minute thanks to a spectacular strike from Valeri Qazaishvili.

The Georgian international picked the ball on the edge of the box, danced his way past three defenders and pinged the ball into the top corner.

Home side Jeonbuk hit back six minutes before half-time through Han Kyo-won, but Ulsan retook the lead in scrappy fashion in the first minute of injury time, with Yun Il-lok pouncing from close range.

Jeonbuk were level again however just three minutes into the second half when Japanese forward Takahiro Kunimoto chested the ball down and volleyed into the bottom corner.

The two sides went into extra time locked at 2-2, before Lee stepped up to smash the ball into the net from outside the box in the 101st minute.

In the other quarter-final on Sunday, Lim Sang-hyub scored twice as Pohang sealed their place in the last four.

Pohang failed to have a shot on target in the first half, but the 2009 champions cranked up the pressure on Nagoya in the second period, with Lee Seung-mo grabbing the other in an ultimately comfortable triumph for the Koreans.