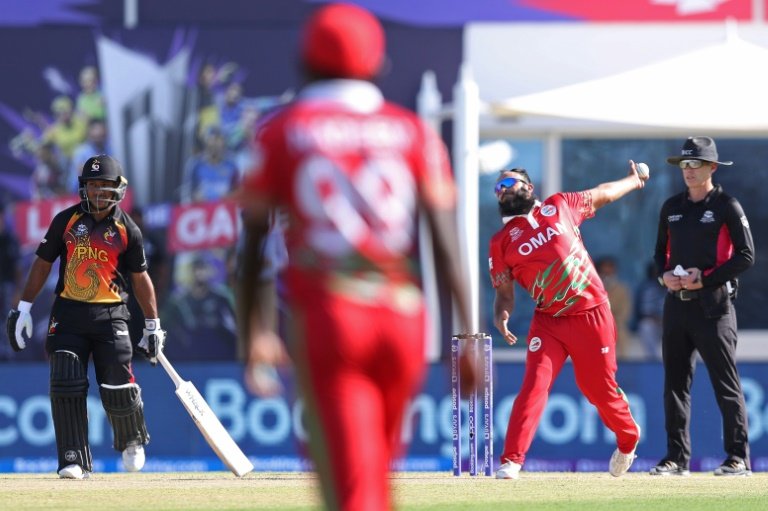 Oman pace bowlers struck early to reduce the opposition to 0-2 after the hosts elected to bowl first in the first round match at the Al Amerat ground outside Muscat.

PNG captain Assad Vala, who made 56 off 43 balls, and Charles Amini, who smashed 37, hit back with an attacking third-wicket partnership of 81.

But Mohammad Nadeem ran out the left-handed Amini with a direct throw at the non-striker's end to break the stand and that opened the door for Maqsood with his left-arm spin.

Maqsood sent back Norman Vanua, Sese Bau and Kiplin Doriga in the space of five deliveries and later took one more as Papua New Guinea collapsed from 102-3.

New-ball bowlers Bilal Khan and Kaleemullah, who goes by just one name, took two wickets each. Oman need 130 to win.