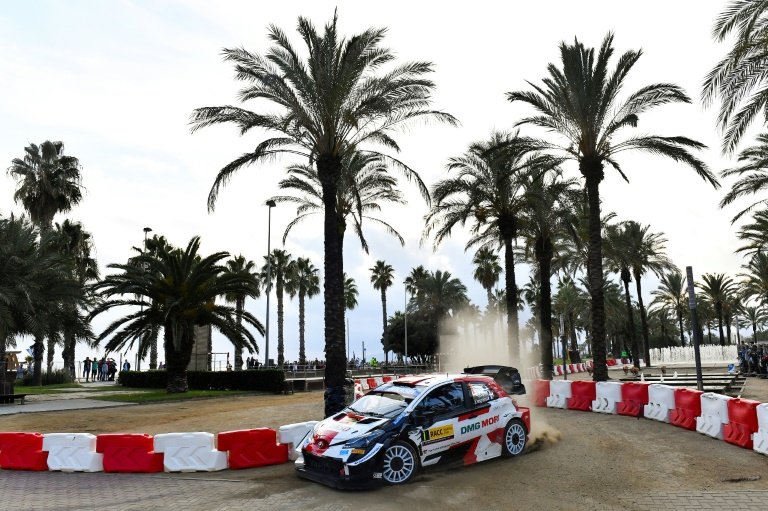 Sebastien Ogier's bid for an eighth world rally championship title was put on hold as Hyundai's Thierry Neuville held on to win the Rally of Spain on Sunday.

Sordo's Sunday charge gave him third place, and a 50th podium in his 176 rallies, ahead of fourth-placed Ogier.

The Frenchman, who took a 24-point lead to Catalonia, saw his advantage pegged back by seven points but still holds a 17-point lead over Evans with just the Rally of Monza in Italy to come in November.

"Coming here I was targeting higher, but for some reason it didn't happen," said Ogier, who is in his last full season in WRC. "We still took what we needed for the championship."

Untouchable on Friday afternoon and Saturday, Neuville nursed his lead on Sunday and then had a late panic with a starting problem before the final stage.

"Relieved to be at the end," said the Belgian after sealing victory.

"It was a tough weekend but we fought very hard. We had a good clean run and until near the end everything was perfect.

"Unfortunately, lots of stress before the last stage -- again.

"I am really disappointed about that because otherwise the weekend would have been perfect and nice, but now it isn't."

The victory keeps Neuville in third position in the championship but he is now out of the title race, too far behind Ogier.

Five times a runner-up in the WRC championship, this was his 15th rally win.

Welshman Evans, who is the only other driver who can now deny Ogier that eighth title, admitted he was "quite frustrated" by his second place behind Neuville.

"It wasn't a perfect weekend. Still a pretty solid job, but of course we are fighting a bit of a cause here. Not what we wanted, but there we go," Evans said.