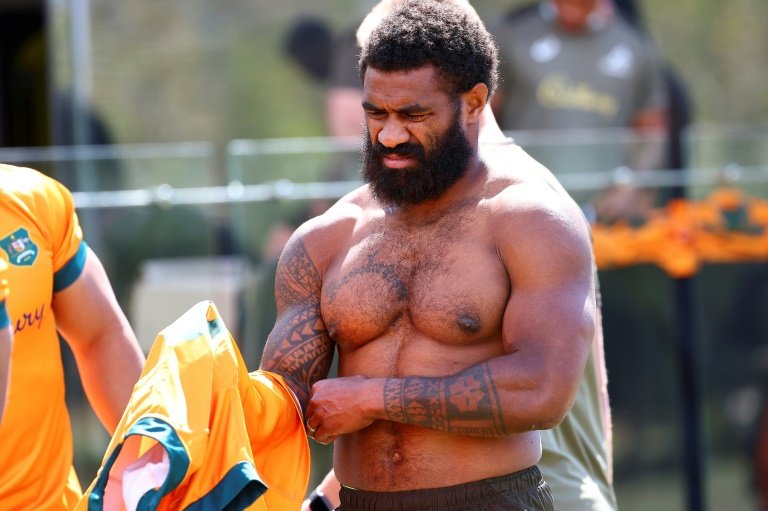 Star Wallabies winger Marika Koroibete pulled out of their tour of Japan and Britain Sunday to spend time with his young family.

The 29-year-old missed Australia's final Rugby Championship Test against Argentina this month to be with his newborn child in Melbourne and has opted to remain there.

"We've been discussing it for a while," coach Dave Rennie said.

"Covid's thrown a lot of curveballs at all of us. Marika's been away from home for a long time and (his wife) Emma is pretty isolated down there (in Melbourne).

"They've had a newborn baby and they've got a couple of other young boys so based on those situations, Marika's decided not to tour."

Koroibete, who signed with Japan's Panasonic Wild Knights earlier this year, is a mainstay of the side and one of the few world-class players Rennie had at his disposal, with his absence a big blow.

The Wallabies, who are on a four-game win streak, face Japan in Oita on October 23 en route to Britain for Tests against Scotland, England and Wales.

But Rennie was confident the Wallabies had enough depth to cover for him, with the likes of Jordan Petaia and Tom Wright able to fill the role.

"As always, it's an opportunity," said Rennie, who will not be calling up a replacement to the 37-man squad.

"Marika didn't play the last game. Jordy (Petaia) got the start. It gave Tom Wright a sniff, and he played really well. It's a position we have a bit of depth in."

Pone Fa'amausili, one of four uncapped players named in the squad, will also miss the tour after tweaking his calf at training.