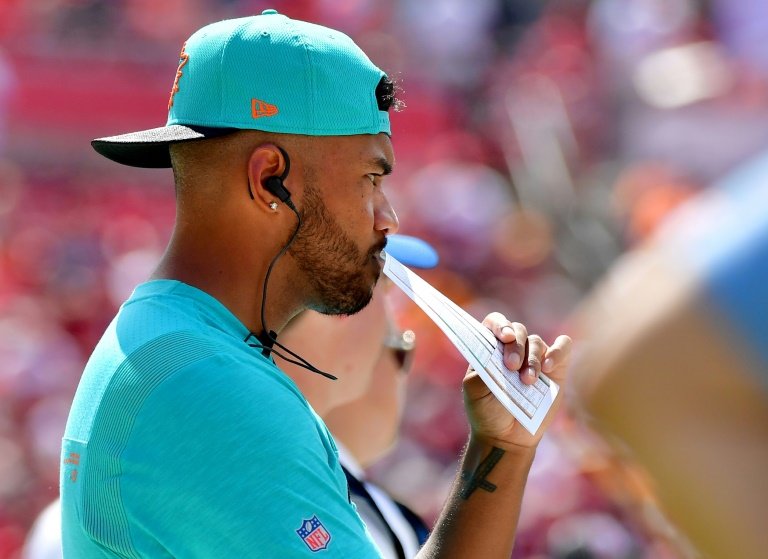 Miami Dolphins quarterback Tua Tagovailoa was activated off injured reserve on Saturday, setting the stage for him to start against the Jacksonville Jaguars in London.

The Hawaiian-born standout returned to practice this week after missing three games with fractured ribs.

"He has looked pretty good," Flores said. "The one thing that we can't simulate is contact, or in-game contact. Really everything else has been, you say, picked up where he left off. If you want to say that, you could. He has done a nice job this week."

The Dolphins have lost four consecutive games since Tagovailoa, taken fifth overall in the 2020 NFL Draft., sparked a season-opening victory over New England.

Tagovailoa has completed 17 of 31 passes for 215 yards with one touchdown and one interception this season.

Reserve quarterback Jacoby Brissett was listed as questionable with a hamstring injury.

The news was worse for the Arizona Cardinals, the NFL's last remaining unbeaten team at 5-0.

The Cardinals revealed they will be without head coach Kliff Kingsbury on Sunday when Arizona faces Cleveland because he has tested positive for Covid-19.

The Cardinals have entered enhanced NFL Covid-19 protocols, which include daily virus testing regardless of vaccination status.