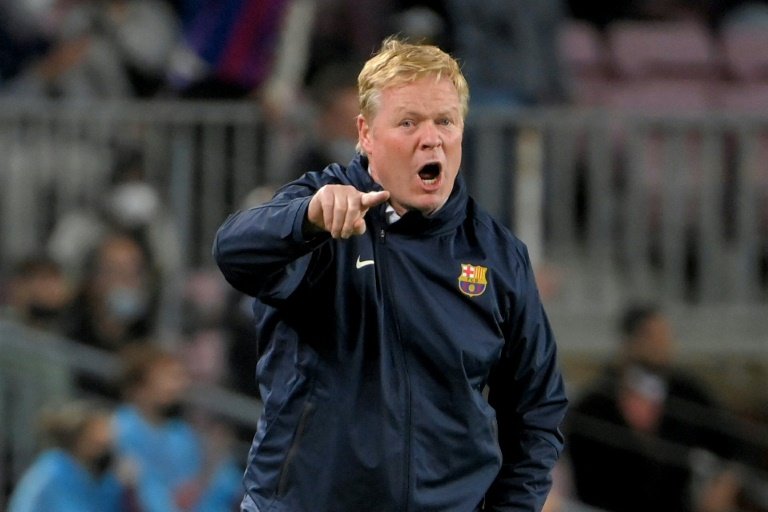 Ronald Koeman said on Saturday Barcelona will have a team to win La Liga once their injured players have recovered.

Barca sit ninth in the table ahead of a crunch week that includes league games against Valencia on Sunday and Real Madrid next weekend, with a Champions League match at home to Dynamo Kiev in between.

Koeman suggested Sergio Aguero could be included in the squad to face Valencia, with the former Manchester City striker yet to make his debut for Barca due to a calf injury.

Ousmane Dembele, Pedri, Martin Braithwaite and Ronald Araujo are also out while Ansu Fati has only just returned from a long-term knee problem.

"Little by little we are getting the squad we want," said Koeman in a press conference. "We have had bad luck with injuries but when they recover we will have a team to fight for the league title."

Aguero played around 25 minutes and scored in a friendly against Cornella on Wednesday after returning to full training earlier in the week.

The 33-year-old joined Barcelona on a free transfer in June with the intention of playing with his Argentinian teammate Lionel Messi, only for Messi to move to Paris Saint-Germain.

"He has improved quite a lot recently," said Koeman. "He lacks some match rhythm and physical sharpness but he will get this back by playing. It's possible he will be in the squad tomorrow."

Fati also played in the friendly as he builds up his fitness after 11 months on the sidelines.

"We will decide tomorrow," Koeman said on the chances of Fati playing against Valencia. "Every day he is better but he was out for a long time and it will take longer than weeks to recover that sharpness.

"We will play three games in the next few (eight) days. He will not be able to play all of them, that's for sure."

Dembele is also training again but is further behind after three months out following knee surgery. The Frenchman is not expected to feature this weekend.

Koeman's future looked bleak after just one win in six matches but club president Joan Laporta said before the international break the Dutchman would continue in charge.

"I'm not worried," said Koeman. "In a club as big as Barca there are always things like this. I'm used to it, it's not the first time. Last season there was already talk about the coach.

"The president has supported me and explained things very well but there is no doubt a coach always depends on results."