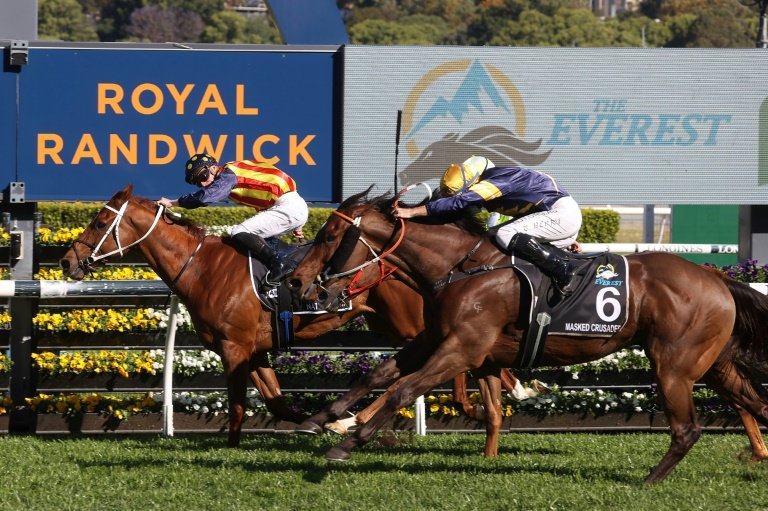 Star sprinter Nature Strip, ridden by James McDonald, lived up to his billing as favourite to win the world's richest turf race, The Everest, in front of thousands of cheering punters in Sydney on Saturday.

The seven-year-old gelding, trained by Chris Waller, led all the way to hold off a fast-finishing Masked Crusader and collect a whopping Aus$6.2 million (US$4.6 million) for barely a one-minute dash.

On a blustery day, Eduardo came third at Royal Randwick in the first major event in Sydney with crowds -- capped at 10,000 -- since a months-long Covid-19 lockdown was eased.

Normally, 40,000 fans would pack the venue, but those there provided some much-needed atmosphere to a sport which, like most others, has suffered under pandemic restrictions.

Raced over 1200 metres (3/4 mile or six furlongs), the race brought together 12 of the world's best sprinters under weight-for-age conditions.

Nature Strip flew out of the blocks on a soft track and led at the halfway mark ahead of Home Affairs, with his sustained speed enough to withstand the late-charging Masked Crusader to win by a head. Defending champion Classique Legend finished fifth.

"I've never woken up in a morning and been so confident with a runner," said an emotional McDonald, after Nature Strip won at his third attempt -- having finished seventh in 2020, and leading for much of the way in 2019 before finishing fourth.

"The man who trains it (Waller) is just an absolute master at what he does and the horse is a star, he just gives his all... he's been a consistent performer all the way through."

Waller, choking back tears, said it was a special moment, especially with a raucous crowd back at the track.

"It was a great, great race," he said. "What better way to get out of Covid with such a great race day. You can really feel it today, with the crowd back." 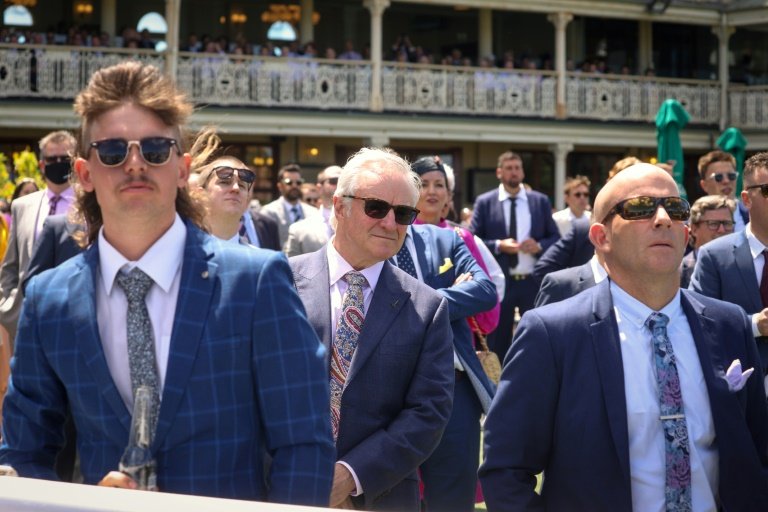 While they celebrated, the racing community was also mourning after reigning Cox Plate champion Sir Dragonet was euthanised Saturday after breaking down in a track gallop at Moonee Valley in Victoria state.

The Irish import was having his final serious workout heading into a defence of his crown next week where jockey Glen Boss -- who rode ninth-placed Home Affairs in The Everest -- was due to be in the saddle.

While the Everest is the richest turf race in the world, with a total of Aus$15 million at stake, it lags the Saudi Cup dirt race in the money stakes.

But it is still a massive payday, with the established Melbourne Cup, Kentucky Derby and Prix de l'Arc de Triomphe paling in comparison.

Since its inception in 2017, it has progressively boosted prize money from its initial Aus$10 million with even the horse that came last, Wild Ruler, walking away with Aus$450,000.

Under an innovative concept, buyers are required to purchase a Aus$600,000 slot in the race and commit for three years, then do a deal with owners and jockeys to secure the top horses.

The idea was modelled on the Pegasus World Cup in the United States, run over 1800m.

But it has been controversial, with Racing NSW and the Australian Turf Club scheduling it in Sydney to clash with the Caulfield Cup in Melbourne, which was won Saturday by the Peter Moody-trained Incentivise, ridden by Brett Prebble.