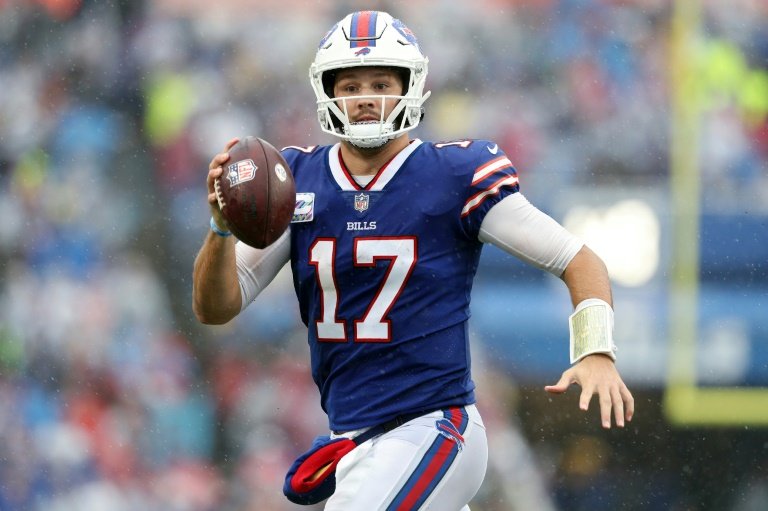 Josh Allen and the Buffalo Bills insist that revenge is not on the agenda when they face Patrick Mahomes and the struggling Kansas City Chiefs on Sunday in a repeat of last season's AFC Championship game.

Nine months ago, the Bills were comprehensively outplayed as the Chiefs punched their ticket to the Super Bowl with a 38-24 victory at Arrowhead Stadium that was more one-sided than the final scoreline suggested.

But as the two NFL teams face off on Sunday, the tables have turned with the Chiefs making an unconvincing start to the year that has left them at the foot of the AFC West with a 2-2 record.

Allen and the Bills, meanwhile, have pulled clear in the AFC East, bouncing back from an opening defeat to Pittsburgh to record big wins over Miami (35-0), Washington (43-21) and Houston (40-0).

That does not augur well for an injury-hit Chiefs defense that has shipped an average of 31 points per game in four outings so far this season.

Allen is adamant, though, that despite the Chiefs early season problems, they remain the team to beat in the AFC, having reached the last three championship games as well as the 2020 and 2019 season Super Bowls.

"They're the gold standard, what you would want to be as an AFC team -- being to the AFC championship the last three years and competing for Super Bowls is what they've been doing," Allen said.

"So that's what every team wants to be and until somebody knocks them off in the playoffs, that won't change."

Allen dismisses the notion that Sunday is a chance to avenge last season's playoff loss.

Allen is only 14th in the season passing yardage standings, with 1,055 yards from four starts, but has impressed his opposite number Mahomes, who believes the Bills quarterback has improved from last season.

"What you see with Josh as he gets better and better every single year, is he's not satisfied with where he's at," Mahomes said this week.

"He works through his throwing motion, he works on his feet, he does different types of stuff to give himself an edge -- and that's what all the best quarterbacks do." 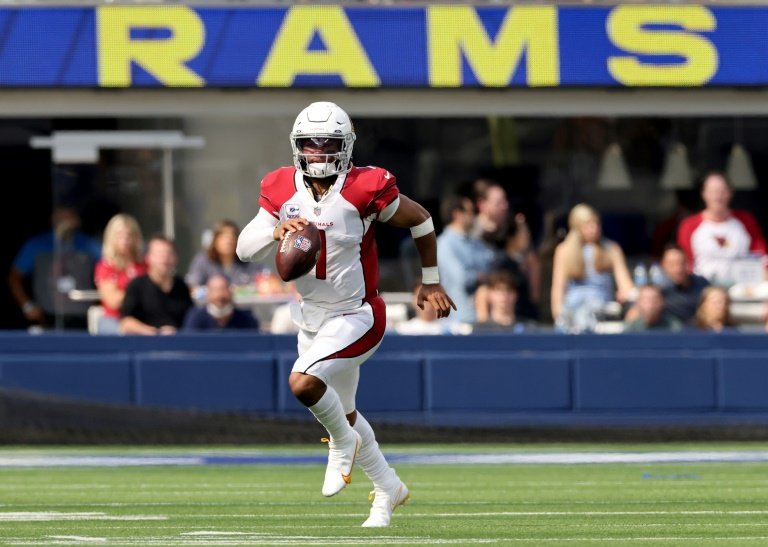 Elsewhere on Sunday, the Arizona Cardinals will be defending the last unbeaten record in the NFL when they host the San Francisco 49ers in Phoenix.

Inspired by the dynamic play of elusive quarterback Kyler Murray, the Cardinals have made a 4-0 start to the season and lead the NFC West, regarded as the strongest division in the league by many pundits.

At only 5ft 10in, Murray is relatively diminutive in stature for an NFL quarterback, where conventional wisdom has been that a towering physique is usually a prerequisite for the position.

Murray has been merrily making a nonsense of that viewpoint this year, throwing for 1,273 yards -- third in the league behind Tom Brady and Derek Carr -- while scampering for 109 rushing yards and three touchdowns.

"What separates him from a lot of different guys is the ability to extend plays and do the Houdini act," 49ers linebacker Fred Warner said.

"You think you've got him bundled up, and then all of the sudden he's out escaping, running wide open down the field."

In other match-ups this weekend, two generations of quarterbacks go head-to-head when Joe Burrow and the Cincinnati Bengals (3-1) host Aaron Rodgers' Green Bay Packers, who have recovered from an opening-day shellacking to be 3-1.

Burrow says the team will need to improve its offensive output to keep pace with the Packers, who bounced back from a 38-3 season-opening defeat to New Orleans to average over 30 points a game.

"We haven't scored many points, if any, in the first quarter that I can remember," Burrow said. "We've got to be better in that area. Once we get that, we'll be rolling."