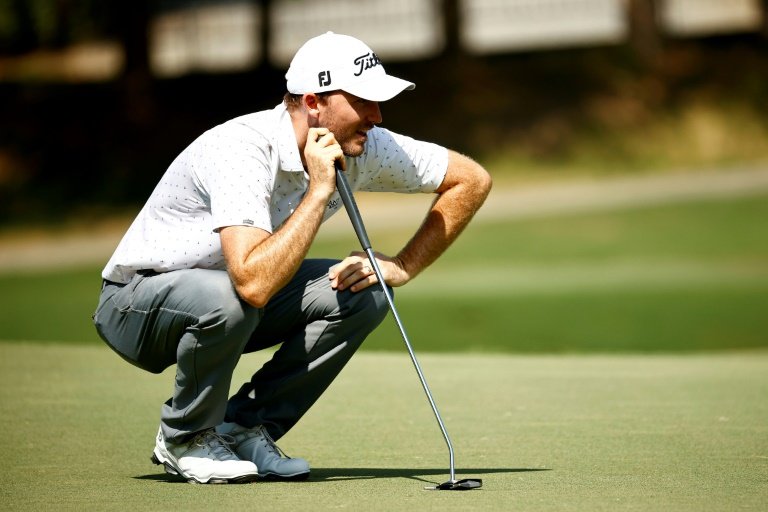 Russell Henley fired a six-under par 64 on Friday to grab a four-stroke lead after Friday's second round of the US PGA Wyndham Championship while Olympic runner-up Rory Sabbatini charged.

Henley, a 32-year-old American, had seized the first-round lead with an opening 62 and stood on 14-under 126 after 36 holes at Sedgefield Country Club in Greensboro, North Carolina.

"Just started feeling good with the putter," Henley said. "Just kind of a boring round, made some putts and had some good saves. I just tried to keep committing to every shot and it just kind of happened."

Henley began on the back nine Friday and took a bogey at the par-3 12th only to reel off four birdies in a row starting with a 20-foot putt at the 14th and including a 14-footer at the par-3 16th.

Henley seeks his fourth US PGA title and the first since winning the 2017 Houston Open.

"Keep trying to make good decisions and commit to what I'm doing," Henley said of his weekend plans. "I feel good about my game, but there's so much golf to be played and I'm just excited to try to keep playing well."

Making his first PGA start since the Tokyo Olympics, South African-born Sabbatini matched his career-low 36-hole PGA score with a 66-64 start after a bogey-free second round.

Sabbatini, 45, previously fired 130 after two rounds on tour in 2003, when he finished ninth at the Shriner's Children's Open, and in 1999, when he shared third at the BellSouth Classic.

"Trending in the right direction with my golf game," he said. "Final round in Tokyo (a 61) maybe was the final key. I think I've always put too much pressure on myself on the golf course and there I just kind of took a step back and relaxed and somehow it just seems to have clicked.

"This week I'm taking the same approach and because of that, I'm not letting the bad shots affect me as much and just not putting as much pressure on myself."

Sabbatini seeks first US PGA title since the 2011 Honda Classic.

"That would be incredible," he said. "I would definitely like to get back to the Tournament of Champions. We'll see what happens."

Simpson, a back nine starter who won at Greensboro in 2011, closed with an eagle and three birdies in his final five holes to shoot 65. He has top-three finishes in each of the past four years here without a victory.

"The game was good," he said. "I'm excited where I am. I'm excited for another good spot going into Saturday."

The tournament is the final event of the 2020-21 regular season with the top 125 players in season points securing tour rights for 2021-22 and advancing to next week's first playoff event.

Piercy began the week as number 126.

"The fact that I was able to go bogey-free and still shoot 4-under from the rough basically all day says I managed it well and I chipped and putted well," he said.

"I need to finish top-10, but at the same time there's no point limiting yourself to that kind of thinking," Rose said.

"Winning would go a long way to feel like you can compete in the playoffs."