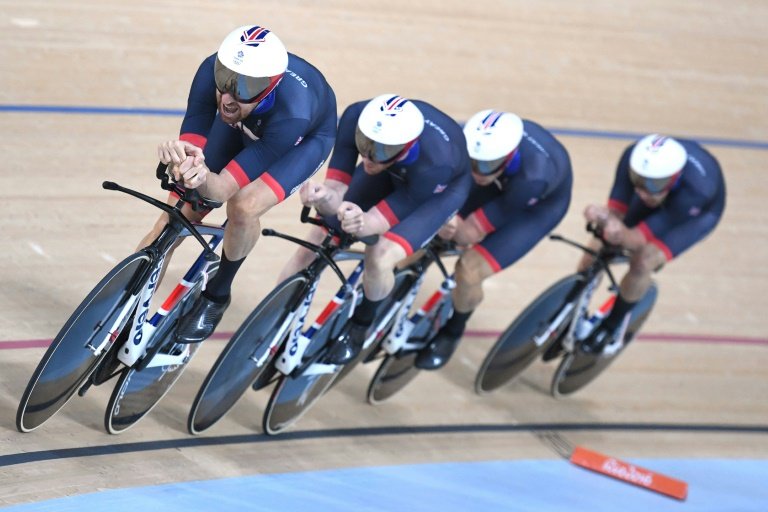 After months without opponents or competition, Tokyo 2020's track cyclists take to the start line on Monday with almost no idea what to expect.

Britain's Olympic domination could finally be curtailed but the team that won 12 medals in Rio, including six golds, have a knack of peaking when it matters most.

Last year's world championships in Berlin anointed Denmark as kings of the team pursuit and the Netherlands as all-powerful in sprints, but those victories came in February 2020. A lot can change in 18 months.

At the Izu Velodrome, teams have been gossiping about times and spying on sessions, desperate for an inkling of what might be required.

"Everyone is eavesdropping and looking at each other and wondering how fast they’re going," Rasmus Pedersen, part of the Danish team pursuit, told AFP. "There's a lot of talk in dark corners."

Britain have previously set the standard but managed only one gold medal at the world championships, where they finished a deflating seventh in the medal table.

The feeling is the "marginal gains" Britain extracted to clean up in Beijing, London and Rio are now common-place. Australia, the Netherlands, USA and Denmark are among those hoping to take charge.

"I'm happy about it," Ed Clancy, who won gold for Britain at each of the last three Olympics, told reporters last week. "I think this time we don't have that pressure. We're underdogs, it's fair to call us that."

Others are more wary of writing Britain off. "You always want to beat the Brits for sure," said Australia's sprint rider Matthew Glaetzer on Saturday. "They always come up for the Olympics. They never look too fast leading in but you know they're going to deliver."

The talk of the velodrome is the Australians have been rapid in practice but they have a point to prove themselves, after a disappointing return in Rio and another poor showing at the world championships.

Australia's British cycling director Simon Jones insisted the strategy was to use Berlin to peak in Tokyo five months later, but there is a pressure now to deliver.

"We're definitely hoping to turn things around," endurance rider Annette Edmondson said. "We've had the best training we've ever had."

With all the delays and disruption, there could be a geographical advantage for the likes of Australia and New Zealand too.

"Normally we have to travel 24 hours and it takes so much out of us physically. We get sick from the travel and lack of sleep. The consistency for us this time is huge," Edmondson said.

The Americans, led by Chloe Dygert, will be the ones to beat in the women's team pursuit while also in contention are Italy, Germany, New Zealand and Britain, whose team, spearheaded by Laura Kenny, still hold the world record from Rio.

Denmark are the pace-setters in the men's event, after smashing the world record three times in two days last year. "The track is really fast," said Pedersen. "I definitely think it will be broken again. Hopefully it's us that does it."

In the sprints, the Dutch are the stand-outs, with Kirsten Wild and Amy Pieters back-to-back world champions in the women's madison, which has been added to the track programme in Japan.

In the men's events, speed demon Harrie Lavreysen claimed world titles in the individual and team sprints, as well as the keirin, with one of the blockbuster match-ups of the week pitching Lavreysen against Britain's medal machine Jason Kenny.

Kenny is the owner of six Olympic golds and one away from breaking the British record. "It's Jason Kenny, he can do anything," said Glaetzer.

The other half of Britain's superstar couple is Laura Kenny, who has four Olympic golds from four events entered, after she won both the team pursuit and omnium in 2012 and 2016.

Kenny's omnium crown could come under threat from Yumi Kajihara, the 24-year-old who carries the hopes of the home nation as Japan's first female world cycling champion.