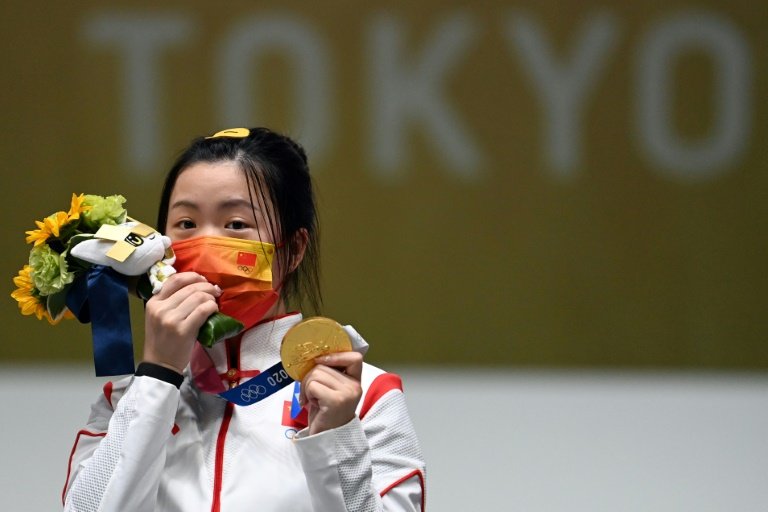 Chinese shooter Yang Qian won the first gold medal of the Tokyo Olympics on Saturday as the coronavirus-hit Games braced for a potentially disruptive tropical storm heading towards the Japanese capital.

Chinese shooter Yang Qian won the first gold medal of the Tokyo Olympics on Saturday as the coronavirus-hit Games braced for a potentially disruptive tropical storm heading towards the Japanese capital.

Yang snatched a dramatic last-shot victory from Russia's Anastasiia Galashina in the women's 10-metre air rifle as attention switched from the troubled build-up to the event to the sporting action.

Elsewhere on the first full day of competition, Japanese gymnastics star Kohei Uchimura crashed out of the horizontal bars competition.

Games chiefs are desperate for sport to take centre stage after the coronavirus pandemic forced a one-year postponement and dogged the lead-up to the Games. 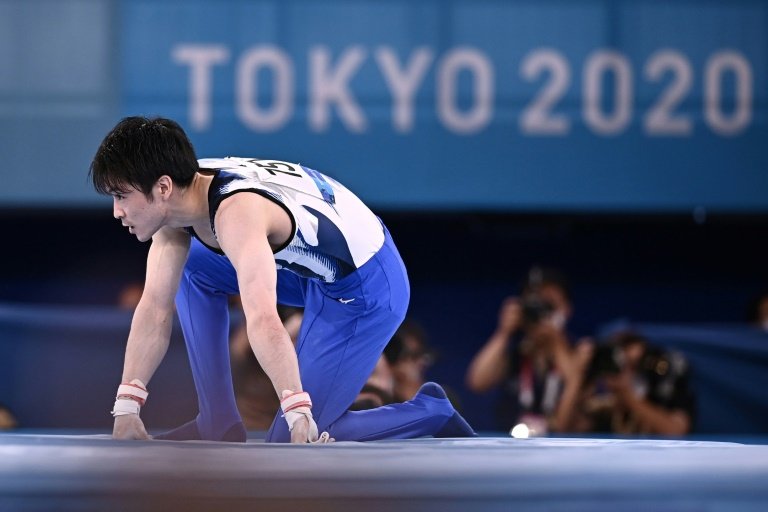 But Covid-19 has cast a fresh shadow, forcing German cyclist Simon Geschke out of the road race while Dutch rower Finn Florijn has also tested positive.

Seventeen new Games-related cases were announced on Saturday, taking the total number to 123, of which 12 are athletes.

Now Games chiefs have another threat to contend with as Tropical Storm Nepartak headed towards Tokyo, with the weather agency saying it was due to arrive on Tuesday.

As a "protective measure" organisers have brought forward to this weekend rowing events that had been been scheduled for Monday and said they were following the track of the storm. 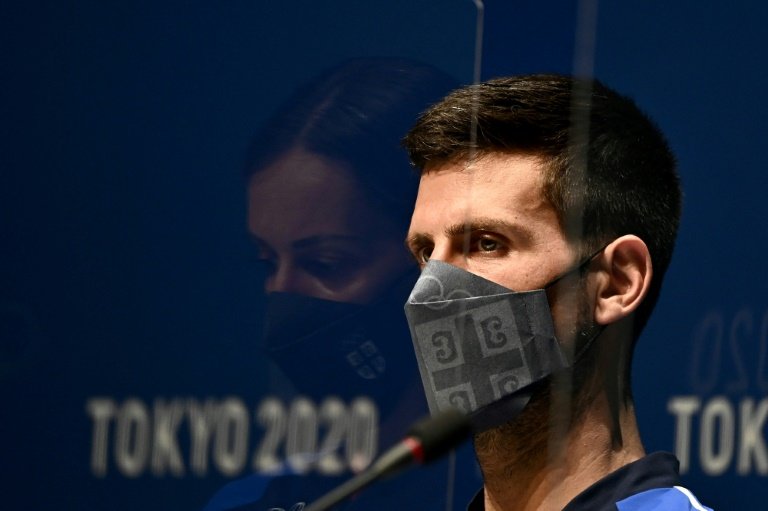 China's Yang started the Olympic gold rush by winning the women's 10-metre air rifle with a Games record score of 251.8, edging ahead of Galashina on 251.1 and Switzerland's Nina Christen on 230.6.

Galashina had looked poised to claim the title heading into the last shot, but stumbled with 8.9 on her final effort to allow Yang to seal victory.

"It's the 100th birthday of the Chinese Communist Party," she said. " I'm so happy that this golden medal is a gift to my country. I'm so proud."

There was more joy for China, with Hou Zhihui taking gold in the women's 49kg weightlifting event with an Olympic record total of 210 kilograms.

But there was agony for Japan when Uchimura -- all-around Olympic gymnastics champion in 2012 and 2016 and a superstar in Japan -- was eliminated from the horizontal bars competition and did not compete in the parallel bars.

Djokovic had cast doubt over whether he would participate at Tokyo because of the strict virus protocols and lack of crowds, but the possibility of the Golden Slam -- winning all four majors and the Olympics in the same year -- proved impossible to resist.

The Serbian world number one will face Bolivia's Hugo Dellien in the opening round of a tournament missing half the men's top 10 players, including 2008 Olympic champion Rafael Nadal and Roger Federer.

The favourite and 2008 bronze medallist is hoping to emulate Steffi Graf's 1988 feat of winning the Golden Slam after already snapping up the Australian Open, French Open and Wimbledon this year.

Women's world number one Ashleigh Barty will make her Olympic debut for Australia alongside her compatriot Storm Sanders in the doubles.

Naomi Osaka, fresh from her starring role lighting the Olympic cauldron in Friday's opening ceremony, starts her bid to win gold for Japan on Sunday.

The demanding 234-kilometre (145-mile) route climaxes at the Fuji International Speedway racing circuit, with riders facing five climbs around Mount Fuji, the highest point in Japan at an altitude of 3,776 metres (12,388 feet).

Swimming begins later with heats in the men's 400m individual medley, where Japan's Daiya Seto is the favourite, before Sweden's reigning champion Sarah Sjostrom, still recovering from a fractured right elbow, lines up in the women's 100m butterfly.

Britain's Olympic and world champion Adam Peaty is the one to watch in the men's 100m breaststroke, while Hungarian great Katinka Hosszu starts her fifth Games in the women's 400m medley.

The US women's football team and former world player of the year Megan Rapinoe will look to bounce back from a humbling 3-0 loss to Sweden when they take on New Zealand.