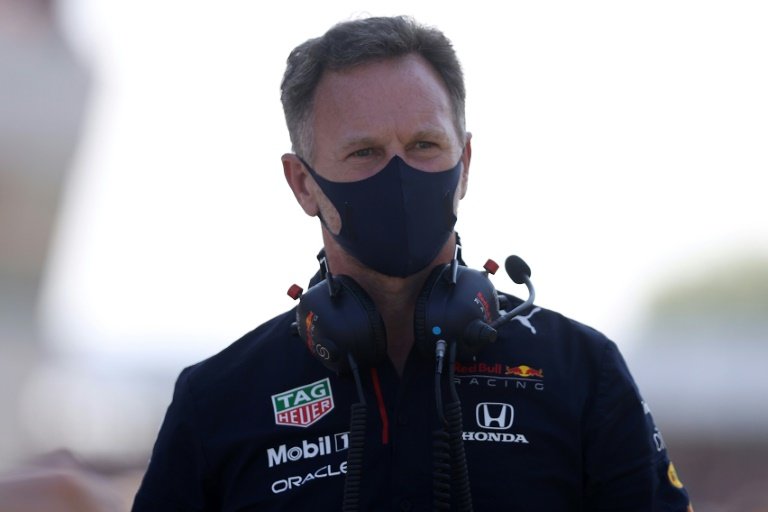 Red Bull boss Christian Horner said Friday his team has been left with a bill for a whopping £1.3million ($1.8 million) to repair the damage to Max Verstappen's car after the controversial collision with Lewis Hamilton at the British Grand Prix.

The Dutchman was forced to retire and undergo a six-hour hospital checkup while Hamilton took victory to revive his title hopes.

"That crash has cost us approximately $1.8million and an accident like that has massive ramifications in a budget cap era," Horner wrote in a column on the team's official website.

Horner also criticised Hamilton for his celebrations on the podium, a display already blasted as "disrespectful and unsportsmanlike" by Verstappen.

Even though Hamilton was handed a 10-second penalty, his victory allowed him to slash Verstappen's lead in the championship from 33 points to just eight.

"I am also still disappointed about the level of celebrations enjoyed in the wake of the accident," added Horner.

"The Mercedes team were aware of the gravity of the crash, with Max widely reported as having been hospitalised and requiring further checks.

"It is unimaginable not to inform your driver of the situation, moreover to protect your driver in case they do not show the necessary restraint in celebrating, particularly when it was as a result of an incident he was penalised for."

Horner continued his criticism of Hamilton for his role in the first-lap crash.

"The reality is that Hamilton has met his match in a car that is now competitive, and I agree that both drivers need to show each other respect, but Hamilton was the aggressor on Sunday," he wrote.

"I also felt the narrative that Max was being 'overly aggressive' was unjustified. You only have to look at the fact Max has zero penalty points on his licence and has not been found guilty of any on-track misjudgements in recent years."

Hamilton and Verstappen will renew their rivalry at the Hungarian Grand Prix next weekend.

Horner added: "I spoke to Max on Monday morning and he felt like he'd done a few rounds with (heavyweight boxer) Tyson Fury.

"He was battered and bruised but feeling lucky and grateful to the medical team, as we all are, and in true Max style he was already trying to put it out of his mind and look ahead to Hungary."