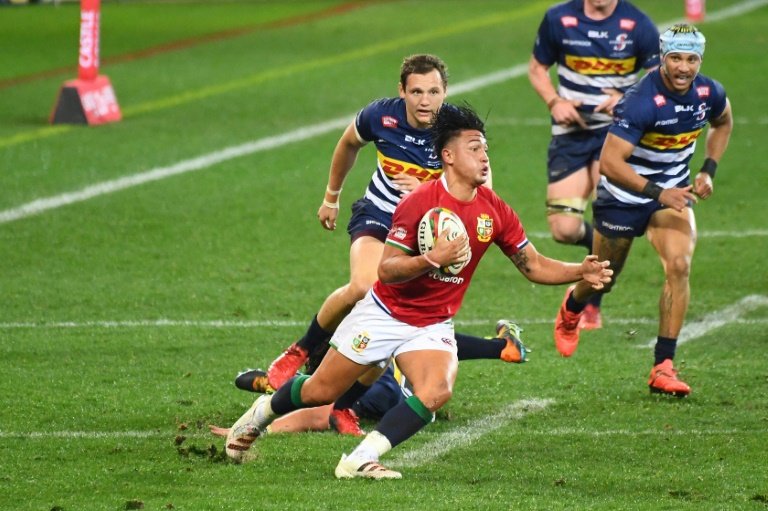 Former Ireland international Neil Francis was sacked from his role as a newspaper rugby pundit on Friday after making an apparently racist remark about British and Irish Lions fly-half Marcus Smith who he described as having an "Oompa Loompa tan".

Discussing the prospects of Harlequins stand-off Smith, who is of mixed British and Filipino heritage, playing in the upcoming Test series against South Africa, Francis told the Irish Independent's 'The Left Wing' podcast: "A Harlequins out-half with a David Beckham haircut and an Oompa Loompa tan...you just couldn't throw him in."

Francis' remarks, recorded on July 14, were removed shortly after broadcast but widely circulated on social media.

Mediahuis Ireland, publisher of Independent.ie, announced they had decided to end his contract, with a spokesperson saying: "Neil Francis' remarks were unacceptable and he has apologised for them.

"The comments were initially released in the podcast last week but were subsequently removed by our production team a short time later. This should have happened before it was released and we apologise for the error.

"We acknowledge that Mr Francis says his comments were inadvertent but we have decided to end our relationship with him and he will no longer write columns or contribute to our podcasts."

In the 1971 film version, they have orange skin and green hair.

A statement from former lock Francis, who won 36 caps for Ireland from 1987-1996, said of his remarks about Smith: "I was, I suppose making comment on how backs in particular turn out when they enter the field.

"At all stages this is what I meant by those comments.

"Marcus Smith is of English/Filipino heritage and some of the media comments at the moment have made mention that I have racially abused the player.

"I would never intentionally or wilfully make a comment to disparage somebody on the basis of the colour of anyone's skin. Never!

"The comments have been interpreted differently from what I intended and I apologise sincerely for that."

The 57-year-old added he planned to apologise to Smith directly and soon "if he is agreeable".

Separate and earlier statements from both Harlequins and the Lions labelled Francis' comments as "offensive".

Before Francis' dismissal was announced, former Harlequins, England and Lions wing Ugo Monye, tweeted: "The fact Neil Francis said what he did is appalling, but to publish it & no one challenge him is as equally appalling."

Smith was dramatically called up late into the Lions squad midway through guiding England to a 70-14 rout of Canada at Twickenham on July 10 as cover for the injured Finn Russell.

His selection came after the 22-year-old steered Harlequins to an unlikely English Premiership final win last month, with that success followed by his first two England caps.

Smith impressed in his debut appearance for the Lions against the Stormers last weekend but is not in the matchday 23 for Saturday's first Test against the world champion Springboks in Cape Town.