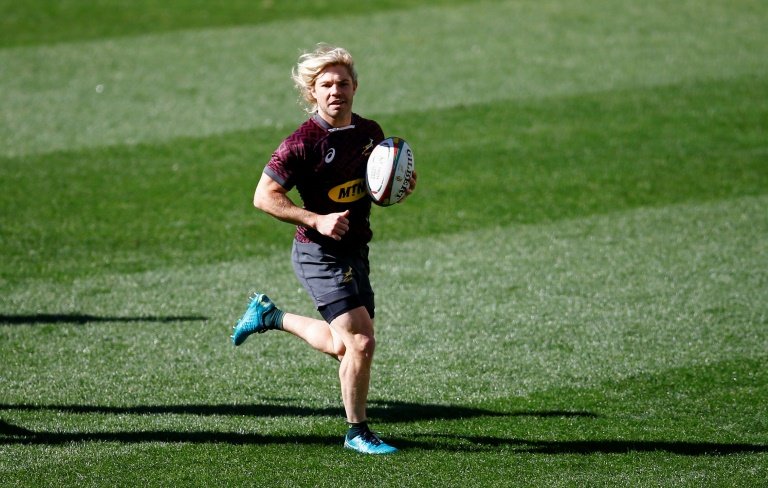 Stick, speaking at a press conference on the eve of the first Test in Cape Town on Saturday, said the appointment of South African Marius Jonker as the television match official (TMO), reportedly strongly criticised by Gatland, had nothing to do with the Springboks.

"It's not in our hands," he said of the appointment by World Rugby, which was made after New Zealand's Brendon Pickerill was unable to travel because of Covid-19 restrictions.

"One thing is for sure, they (the match officials) are all professional. It doesn't affect us.

"The main thing is to focus on our role playing the game. If they (the Lions) are not happy with that they can go and chat to World Rugby."

Stick laughed off a comment by Gatland that the Lions had "dented the ego" of the Springboks by their performance in the set pieces when beaten 17-13 by South Africa A on July 14.

"If you look at the most important stat of the game -- it is the final score," said Stick.

"The game is played between the four lines. If Gatland is talking about egos he doesn't really know much about us Springboks."

Gatland recently questioned the role of Erasmus, now the South African director of rugby, who frequently went on the field and talked to players during the South Africa A game.

"He ought to make sure he carries water," said Gatland.

Stick said: "Rassie will be running the water. That is his role now in the team.

"Jacques Nienaber is the head coach so he (Rassie) will be there, running around and bringing water to the players and we as Springbok rugby are happy with that."