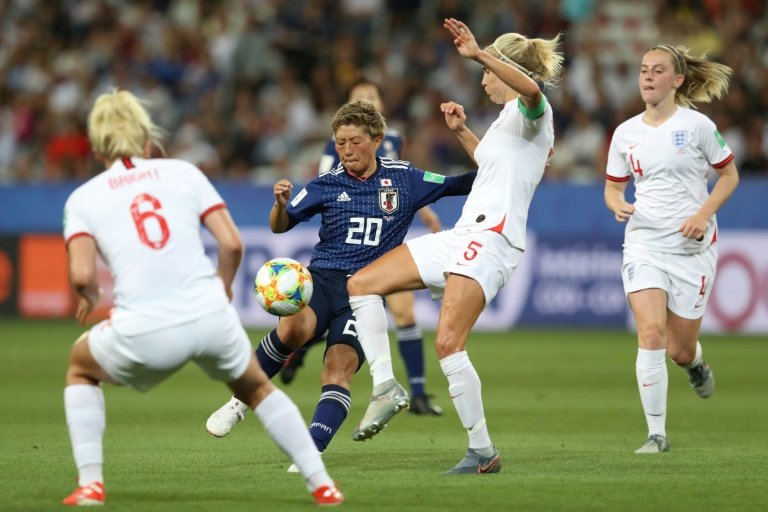 Japanese Women's World Cup star Kumi Yokoyama has come out as a transgender man -- one of the few athletes to do so in a country where LGBTQ rights lag behind other developed nations.

Yokoyama, who represented Japan at the 2019 Women's World Cup and currently plays for National Women's Soccer League side Washington Spirit, said living in the United States made it easier to be "open" about sexuality and gender.

"Recently, the term LGBTQ has become familiar in Japan, and you see it in the media nowadays," said the 27-year-old footballer.

"But I thought that if people in my position didn't speak up, things wouldn't progress."

Yokoyama's message was posted on the YouTube channel of former Japan teammate Yuki Nagasato -- a World Cup winner in 2011.

Yokoyama, who wishes to be referred by the gender-neutral pronouns "they" and "them", had a breast-removal operation at the age of 20.

They intend to have further gender reassignment surgery after they have retired from playing.

The forward said there was pressure to conform to gender norms in Japan, but there was less discrimination in the United States and Germany, where Yokoyama previously played for Frankfurt.

"In Japan, you're always asked 'do you have a boyfriend?', but here it's normal to ask 'do you prefer men or women'," Yokoyama said.

"I hid it from my teammates in the beginning, but they told me it was uncool to hide it, and that I didn't have to."

Yokoyama found support from Washington Spirit, who tweeted: "We support and are so proud of you Kumi. Thank you for showing the world it's OK to embrace who you are!"

Hubbard, 43, who transitioned to female in her 30s, met all the qualification criteria for transgender athletes.